Conversation in a different thread reminded me that I should share some arts and crafts activities. 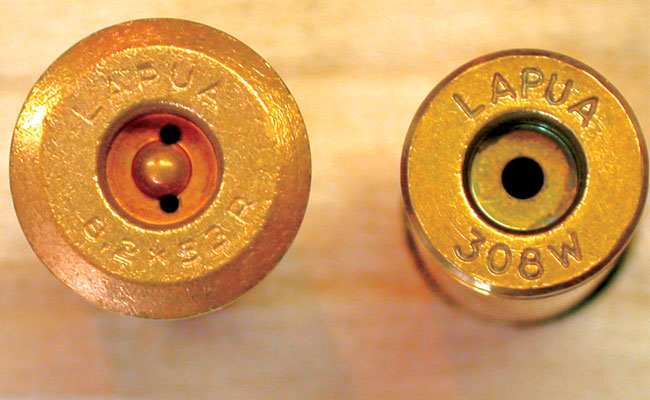 Berdan on the left, Boxer on the right.

Old ammo used Berdan primers and yes, you can still buy them, but… I was bored enough… To ‘ask can I’, instead of ‘should I’

For some reason, I think Carcano cases look pretty cool. So I saved cases from the milsurp ammo that I shot. Found a particularly nasty case and decided to give it a go. 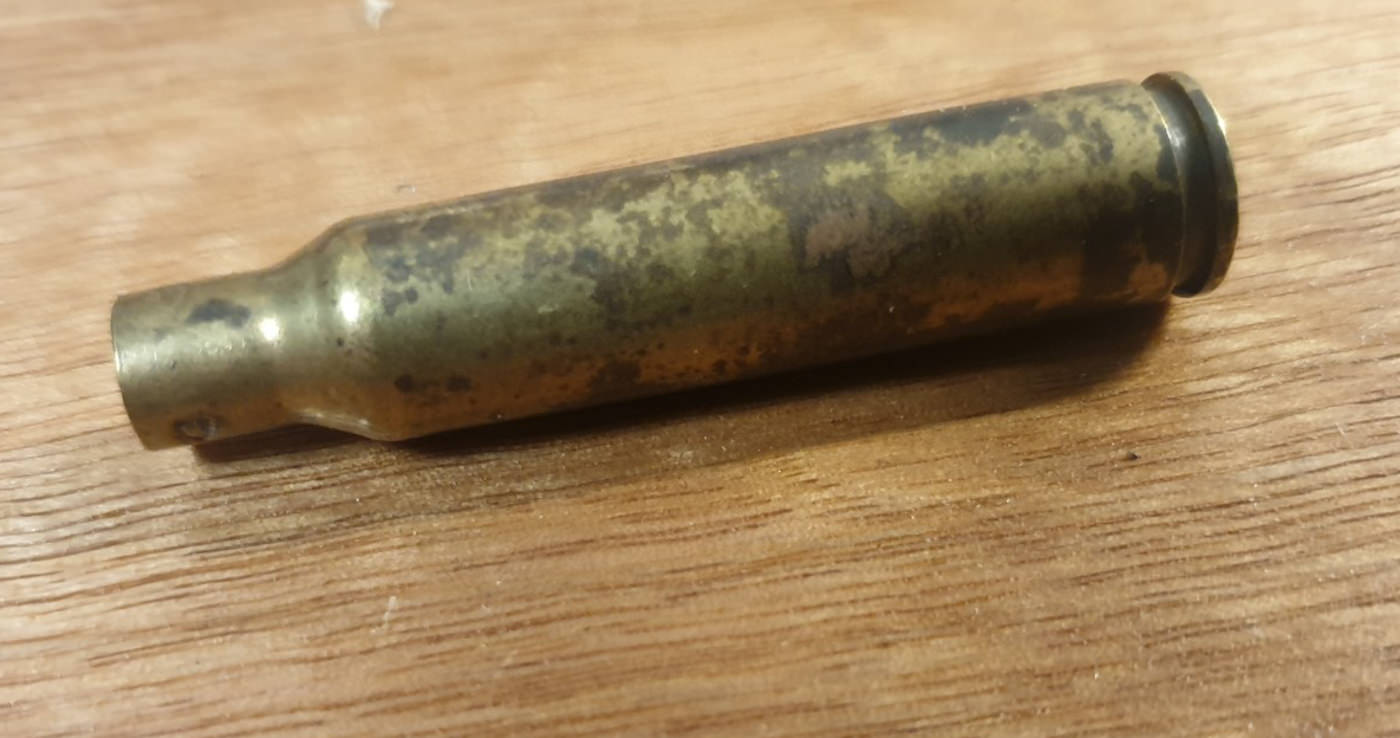 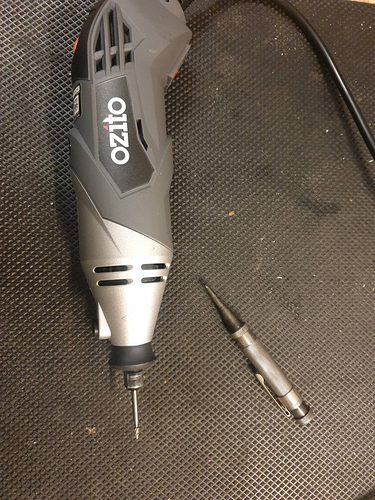 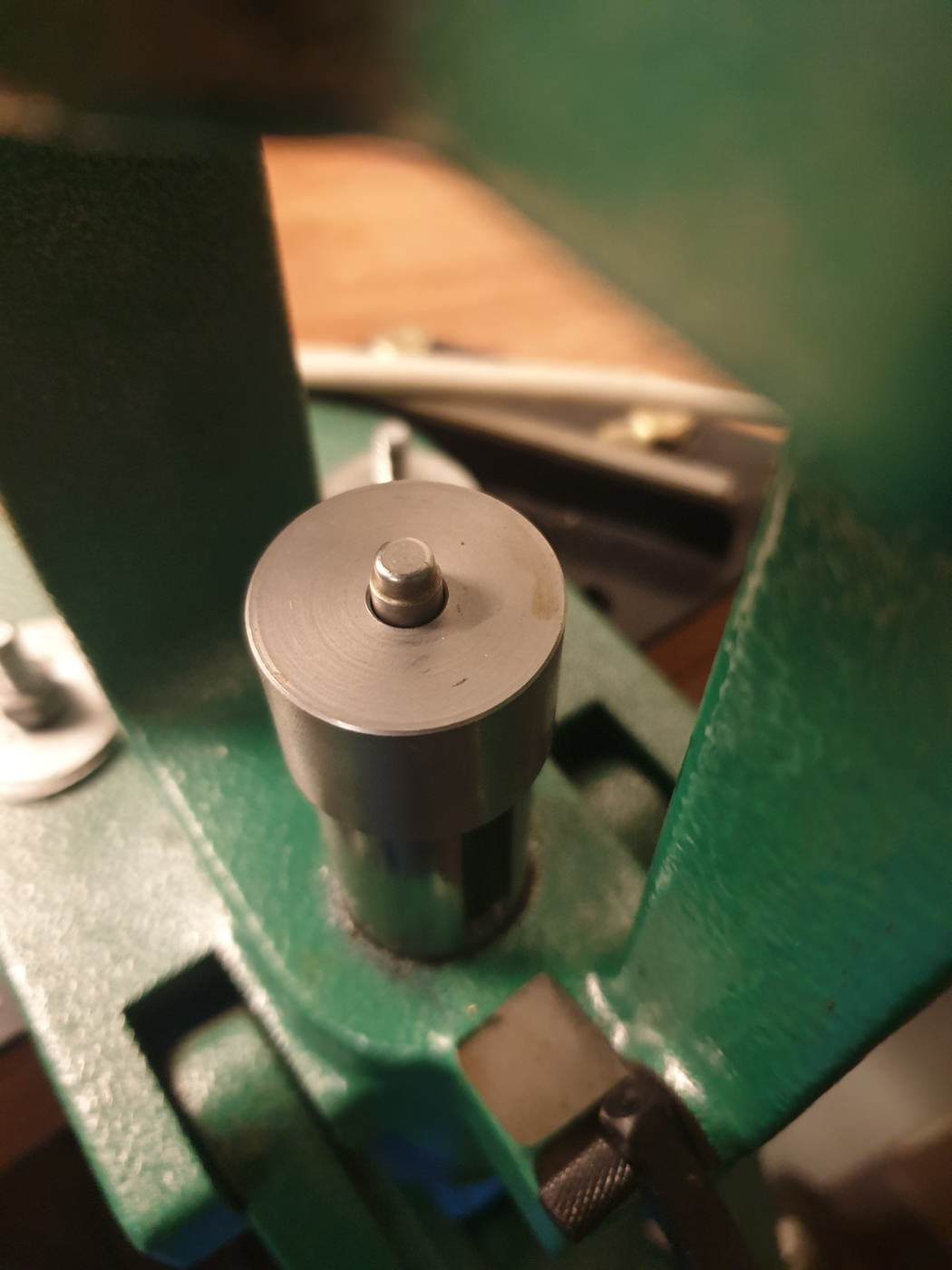 Punched the primer out, manually. Then I hit a snag.

Diameter seemed a tad too small too, so I added a bevel and swaged using LRP swage punch.

Excellent, the primer fits, but sits proud, no good.

Tried to drill the pocket out a little bit to make up for the missing space. 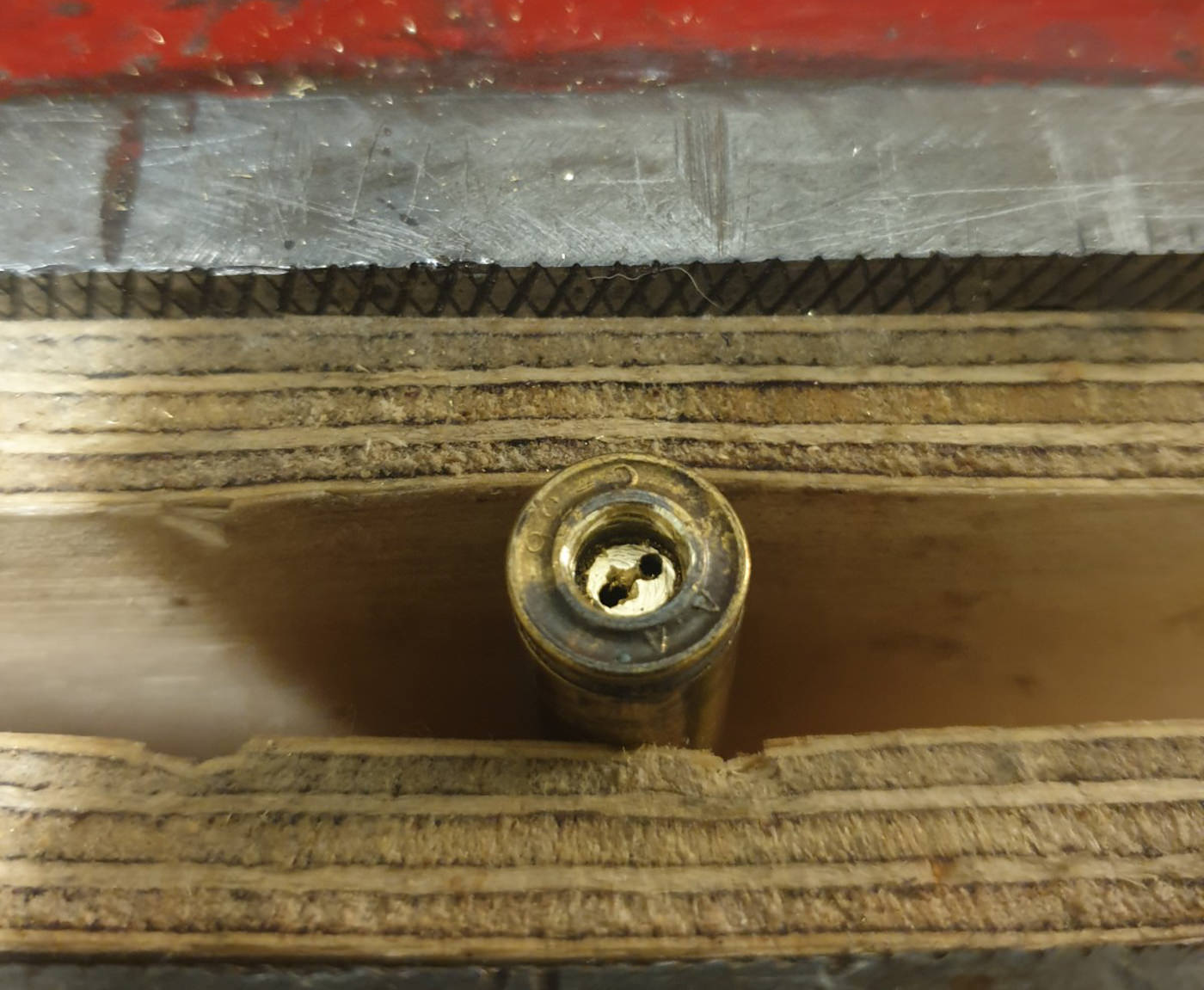 Nope, so deeper we go. This is where I was pretty sure it wasn’t going to happen. Before drilling the new flash hole, I used transfer punch and that’s what actually punched through the case. So at this stage, I am confident that it’s all over due to compromised webbing thickness, but whatever - onwards we go!

Almost, but not quite. WARNING: remove priming compound when playing with this.
So I thought, I wonder if this is enough… Somewhat enough. Still too proud, the bolt has very hard to close. But! Can be closed. The dimple you see here is from the hole on the bolt where firing pin would pop out from, i.e. from a hole, not firing pin.

Unfortunate, I am fairly sure that any more drilling would compromise the integrity of the case and I would get (a) a face full of gas or (b) just drill through the case entirely.

Unfortunate. But boredom has been satisfied.

Fair effort! The carcano doesn’t get enough love. I’ve got an old sporterised one that I want to get rid of and get a proper, untainted beauty. Still got a hundred or so rounds I wanna have some fun with. If I ever decide to get into reloading, this is probably the cartridge that would make as it’s been impossible in VIC to find ammo without having to buy from QLD. I’ve heard that the cartridge is very finnicky with certain projectiles, any idea about that?

Last time I’ve been here (recently): https://hallsfirearms.com.au - they had PPU. I grabbed a couple of boxes. This is the only shop in Melbourne that sometimes has them.

Reloading, oh mate, you have to be keen…

They are not finnicky, you just need to use the right size projectile, which people don’t…

You’ll need Lee to make you a custom expander rod, because Carcano dies in Lee’s infinite wisdom are for the wrong bullet! Not uncommon with Lee dies. And you will probably need to cast projectiles, because they are pretty hard to find and about 90c a pop if you do.

Oh… And you will need a different shell holder too, from RCBS, because Lee shell holder is… Well… Read the links above.

Gday not sure about finicky with bullet choice, but they did get a bad rep. because people were shooting .264 bullets in them, and the Carcano takes a .268 bullet. Best bet is to buy a .268 bullet mold and cast bullets for ever, never have to search for the …268 again

Eclectic brain dump follows! 6.5x52 Carcano: reloading and bullet size/diamter considerations I read a post on Reddit, someone looking for 6.5×52mm Carcano ammo, so I thought I’d post on the topic here. I am not going to share any load data, because that’s common, boring and I haven’t started working on it yet, but I will talk about bullet sizes. Because bullet sizing for Carcano seems to be the trickiest bit of the entire process. I will test some of these hypotheses at some stage, but for n…