Wild dog down but missing

Well oldbloke i shot that dog 235m shot dropped him like a bag of crap had to drive 1/2 klm to get around to him on the other side of the creek finally got around there and there was only a big pile of crap and 1/2 ltr blood, he’s come round,( i don’t know how) and dragged himself down into the thick scrub Too dark by then to go lookin for him he’d be dead in only minutes anyway too much blood not to have been hit in the heart or an artery i’ll go out in a couple of days i’ll smell him by then if his mates don’t eat him (they’re tough mongrels)
Just thought i’d let you know after telling you on the ‘‘welcome site’’
I actually watched him for 4-5 min after i shot him and it looked like he was down for the count he didn’t move a muscle

They are tough alright, seen them drag themselves 100 yards before dropping dead. Then when you get there and have a look there is nothing left in the chest cavity. Heart, lungs etc all shreaded.

Just not shootin’ them with a big enough gat

…whenever I hear someone referring to a gun as a ‘gat’, this is the image I get in my mind: 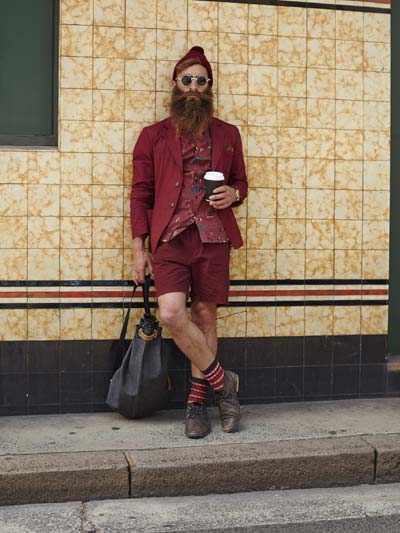 Are they range finders he’s wearing?

Lol animal lovers… they quickly turn once their item animals been eaten a few times by foxes or dogs… sneak in and open her chicken coop door a few nights in a row. Eventually she will come around

but i suppose your idea does have merrit

Well done. Another one down for tge count. What did you shoot him with?

Bloody hell, they must be like rabbit’s up your way. And no bounty. Bugger me. I think its $100 a dog down here and i never see them.

No, no bounty and heaps of trouble with them the biggest problem is closely around me its croping only some cattle and croppers don’t care about the wild dogs until they eat their pets then there is a panic it happens around harvest time in about 3mths time its good shooting then it opens the country up so then they’re onto me to clean them up as best as possible but like getting blood out of a stone to get paid for it although lately farmers have been giving me a few benefits as one would say . About 15 year ago the mayor tried to big note herself and reacon we didn’t need a bounty because they wern’t a problem and it would save thousands of tax payers dollars and everyone stopped shooting them so they bred up the council uses me at times when they become a problem in a certain area other than that i’m having fun at present there’s is too much grass another mth or so I want to come up and shoot a dog. None down my way. About as scarce as rocking horse shet.
Might get there yet,