Virus tracing app to be launched

The new government app is to be launched today.
The question is who is going to download it and use it?

What and turn your mobile into a Land Line. It does seem that a lot of the apps already have a lot of this tech built in and people just press accept the privileges so they can use the app.

Reading last night I was surprised how much effort is put into tracing mobile phones like even measuring the bluetooth strength between phones.

Dont forget we have face recognition and cameras in a lot of those plastic bill boards in shopping centres monitoring how long you look at them matching data so they can send you emails and put add appropriate data on your browser.

When you have government mp’s saying they wouldn’t trust it I doubt they will get anywhere near the take up they need to make it effective.
Ol’ ScoMo was saying they would need at least 40% of the population to sign up, but then i heard a health someone (can’t remember exactly, but some one official) saying they really need over 60% for it to be effective. Two chances, Buckleys and none! ScoMo was saying weeks ago that the tracking app would initially be voluntary; unless there was insufficient uptake…

I won’t use it voluntarily.
I don’t see how it is clinically useful. Given that some huge percentage of infected people are asymptomatic, it seems to me that it will only track a small percentage of carriers anyway.

Maybe I’m too stupid and paranoid to see how it works but I see a practice run in play for mass state control with mechanisms being put in place that would never se the light of day with out the current climate of public panic. 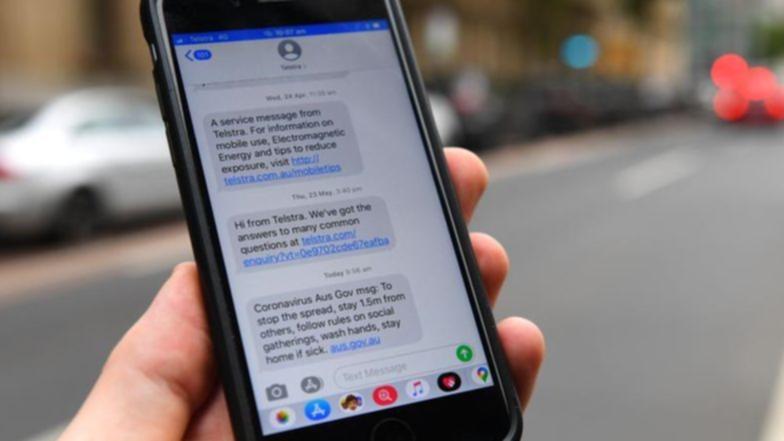 Every Australian may be tracked by new coronavirus mobile app

@juststarting & @Brett, with you guys being tech professionals: what do you think about the statement that the app will be ‘absolutely transparent’ with source code published online and available for ‘anyone to analyse and suggest updates’, etc?

‘absolutely transparent’ with source code published online and available for ‘anyone to analyse and suggest updates’, etc?

Excellent. This is what I would expect. On the other hand, a little scary, because you have actors who would love to get hands on this data at volume. For example, a different government, who can pour a lot more resources and money in analysing it.

Realistically, it’s a tracker, it’s probably a wrapper for native functions your phone already has. Grab location and post it somewhere. I don’t know what the app does and I am not going to be installing it… However, if it is what I think it is - no issues.

I would be more concerned about retention on the other end. How long is this data kept for? Who has access to it? Is there legislation to prevent security agencies getting hands on this data at all costs, stuff like that. I wouldn’t be too worried about having it on my phone, I would concerned with the actual output. Where it’s kept, how it’s kept, how long it is kept for, controls around usage, controls around access to it.

I would be a lot more comfortable with having all requests to this data being published online with clear definitions of who, how much, why, for what purpose, etc. Than the actual source code, the source code can be pulled out of the app anyway, in a reasonably readable format for analysis.

I would be more concerned about retention on the other end. How long is this data kept for? Who has access to it?

This is my bug bear as well. The ‘we won’t keep data’ line is not very believable.

“Won’t keep” is believable because nobody wants to front the courts when it’s found out that it was kept. However, it’s a broad statement, I must admit I haven’t read about it, but not keep what? The entire data set? All Data set, etc. Needs a lot more detail.

Come on guy we are being very paranoid about this. I mean when has the government ever lied to us or done the wrong thing by us? They are only out to look after our welfare and nothing else

There are so few new cases in most of Australia that it will probably be redundant before they can roll it out anyway, definitely before they fix all the fuck ups that every bit of tech the gov rolls out has.

“There is no geolocation, there is no surveillance, there is no tracking,” he said.
"The app simply connects with another app if those two phones are within 1.5 metres for 15 minutes.
“It simply swaps phone numbers and names.”

Interesting. So how/when is this data (a) pulled from the device; and (b) how is it stored on the device?

For example, can someone use it to determine someone’s name and contact details, if say I had a powerful bluetooth antenna (https://www.npr.org/templates/story/story.php?storyId=4599106)?

Someone sits outside a police station or a gunshop or drug rehab clinic or whatever collecting names and phone numbers for later?

You wanted zombies? You wanted madness? You paranoia? I give you… Sparta!

They can already track our phones to 1-2 meters, they can already turn on the speaker and camera without us knowing it and use it to bug not only our calls but whatever’s going on in the phones vicinity.
This app can’t really do anything they can’t do already, BUT by downloading it you are AGREEING to be tracked and that’s where it can get curly down the track IMO because who knows what then. Plus we all know how secure Gov data bases are kept

That’s it, i’m off to panic buy some tin foil…

This app can’t really do anything they can’t do already, BUT by downloading it you are AGREEING to be tracked and that’s where it can get curly down the track IMO because who knows what then. Plus we all know how secure Gov data bases are kept

Precisely the only issue I see with it. I’d rather continue on, knowing they’re trying to fuck me than be duped into giving them explicit permission to do so.

Thinking about this app more has only made me more reluctant to ever install it.

As everybody has said it only warns you after it is too late. The reality is that you should never come into close contact with a confirmed case of Covid. If you do it means the contact person is not complying with the self isolation orders that have been imposed on them once being diagnosed.

The much more sensible approach would be to offer a person that tests positive the option of home self isolation with the condition of a tracking APP or to be detained at a place determined by the Government.

Both seem pretty extreme measures when you actually write them out as it is really no fault of the infected person but one way or another they are placed into detention. But in the interests of societies health that is the only option ATM. I think in this scenario I would take the stay at home with the ankle bracelet tracker every time.

Point of the app is to be ‘reactive’ and trace the exposure. It’s incorrect to say:

As everybody has said it only warns you after it is too late.

The application is there to do contact tracing, so it’s doing what it’s supposed to be doing.