This thread is intended to be a place to list, discuss and ask questions about Australian made firearms and aftermarket accessories and parts.

In time we will build a complete list of all Australian Firearm manufacturers from our past and present. With information on their history, makes, models and calibers they produced. Please post Links to websites and any information freely available on the .WWW

Sportco was an Australian manufacturer of rifles and shotguns in Adelaide, South Australia, from 1947 until the early 1980s. Founded by Jack Warne, also known by its full name Sporting Arms Limited, began by manufacturing single shot 22LR rifles. Sportco purchased ex military Martini Cadet rifles from the Australian Government and converted them to both rimfire and centrefire calibres as well as rebarrelling Lee–Enfield rifles to .303/22 and .303/25. Soon they began producing their own desig...

Here, you can find a list of firearm related businesses around the nation. This will include gun stores, importers, manufactures, all sorted by state, and type. This page will constantly be updated…

Aggregate of articles pertaining to firearms manufacturers in Australia. The following 4 pages are in this category, out of 4 total. This list may not reflect recent changes (learn more). The Owen gun, which was known officially as the Owen machine carbine, was an Australian submachine gun designed by Evelyn Owen in 1939. The Owen was the only entirely Australian-designed and constructed service submachine gun of World War II and was used by the Australian Army from 1943 until the mid-1960s. Owen, an inventor from Wollongong, was 24 years old in July 1939 when he demonstrated his prototype .22 calibre "Machine Carbine" to Australian Army ordnance officers at Victoria Barracks ...

Opening 25th March 2017 Owen Guns Museum. Announcement. Many More Displays have been added since these photographs have been taken. At 6.30 PM on March the 25th 2017, 150 people were present to watch 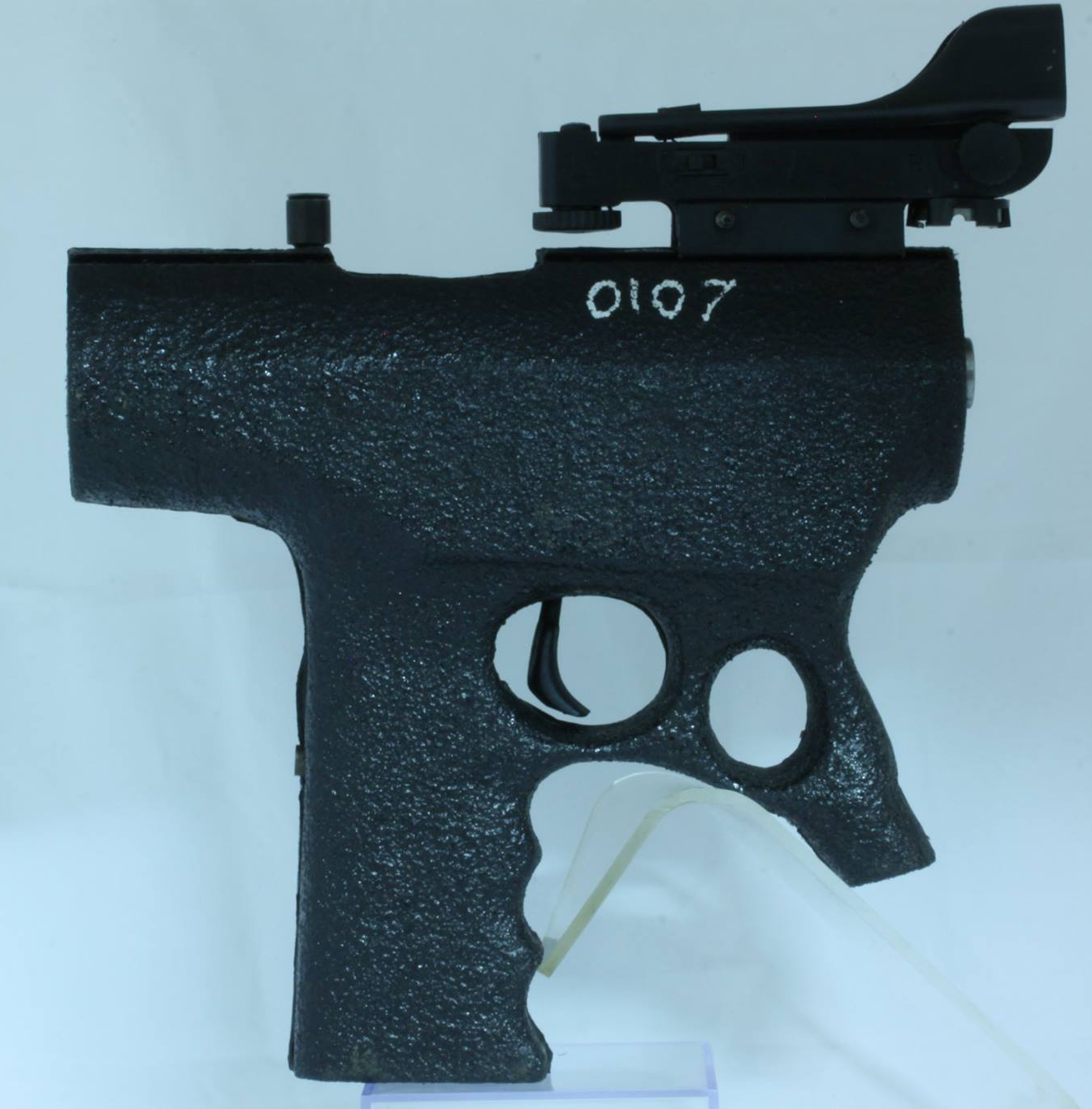 The TC-10 Mini-Gun is an Australian pistol designed by Ron Owen. The TC-10 was developed by the Gympie-based firm of Enfield Arms (unrelated to RSAF Enfield). It is a blowback-operated pistol that utilizes a wrap-around bolt, enveloping the receiver....

Thales Australia (formerly Australian Defence Industries and ADI Limited) is a defence contractor based in Australia. It is owned by the French defense technology conglomerate Thales Group. Thales Australia had been engaged in numerous programmes in conjunction with the Australian Defence Force, as well as overseas operators. It specialises in the design and delivery of various systems, products and services for both commercial and defence sectors. The company can trace its routes back to th...


ADI Limited of Australia, produced a small trial run of modern Model 1887/1901 shotguns, chambered for modern smokeless 12-gauge shotshells. The Australian National Firearms Agreement regulates lever action shotguns as Category A guns, while pump shotguns fall under the more tightly regulated Category C. Commercial production on this firearm by ADI was anticipated for 2007, following several years of delays due to distribution issues, but this has not yet happened

The Leader Dynamics T2 was produced in Australia as an inexpensive rifle for export, and a later variant with a folding stock was submitted in 1986 to military testing with the intent of replacing …

The need to defend Australia In 1838 four United States Navy Men-of-War sailed into Sydney Harbour overnight unannounced and unexpected. This alarmed Sydney Town greatly and alerted the Colonies to their defencelessness against invasion. The gold rushes saw massive increases in Australia’s population and wealth in the early 1850’s and it was felt amongst the Colonies that this made Australia a more attractive target for attack. The 1854 Crimean War and the “inevitable invasion” by Russia spurred…

A while back I stumbled onto an Australian custom rifle action maker. I think they were either based in ACT or NSW. It seemed like a great Aussie option over a Barnard, you know, 'cause the Kiwis can’t have everything…

Problem is, I can’t remember the name or find the web-site again. Can anyone help? (@Brett?)

Also, as I can’t remember and book mark everything for myself, I thought it might be a good idea to have a spot to reference Aussie made parts for firearms: be it for custom builds or tricking up your factory rifle.

Not that this helps but I do remember checking them out at the time. i think they were in SA there actions were all pretty much based on the Rem 700 so I kind of discounted them as the features they were flogging were more along the lines of personalized serial numbers. Like it or not the Kiwis are onto a world class action.

Don’t get me wrong, i like the Barnard but this was an Australian made action that was very similar in style and had some competition credentials… just wish i could remember the name.

I think this is the one you are referring to Manael http://www.manael.com.au/ They seem to have removed a few pages from their website. I am not so sure of their pedigree or competition credentials

No. It’s not that one. It was a simple tame like a TLA (three letter acronym). I keep thinking it is BAT but this was definitely Australian and I remember seeing them listed as being paired with Truflite barrels for some big wins…

It’s been doing my head in for a while now because I just can’t remember and I do recall posting something about it on some “fantasy/ideal” gun thread somewhere.

Wouldn’t be aprs you are thinking of? Pretty sure they are in SA

Maybe. I’ll check it out. Was sure it was NSW or ACT.

Anyone got something to add to the range of Aussie made guns or parts???

@Gwion The only one I can think of is Manael who is in SA http://www.manael.com.au/ They are long range action specialists. I know a couple of blokes at my club that have their actions and love them.
Their distributor is Ignition Custom Engineering http://www.iceng.com.au/

Cheers mate. I’ll look into them as well.

I more meant does anyone have pics or info on Australian made guns and bits as a reference for interest in general. New, old, still in production or oldtime favourites.

Ok. This is classic Australian Made single shot target rifle. The Omark model 44 in 7.62 with a Black Mountain barrel.

The throat looks pretty worn but most of the bore is in good Nick and last I saw, this rifle still shot ok for club and basic inter club target matches so I’ll leave it as is… for now; I’m already playing with the idea of using it to build something a bit more up to date but that will be a future project and will involve discussion with my gunsmith as to if he thinks the action is strong enough to handle what I want to put it on…

There was years of grime and some little areas of surface rust from questionable maintenance by previous owners, so I just spent an hour or so with Hoppes and a tooth brush, followed by metho and then Lanox to arrest any corrosion. I also used metho an #0000 steel wool to clean up the stock and then rubbed in a liberal application of my home made timber finish to clean off the crap and revive the timber grain a touch. It is a blackwood stock and, as a typical Tasmanian coincidence, I think I may have been made by my wife’s great uncle, back in the day… Looking good. I like the look of the grain in the stock and I would be tempted to rub it back to bring it out.

Now you just need a scope and away you go.

Think I’ll just drop on a cheap spare that I have for the time being. I will use my Sightron on it but if anyone uses it as a club gun it will have the cheapo on it.

@Gwion your recent post on omarks has some what rekindled interest in mine, so I started looking for a stock for it and came across these
http://hatchersriflestocks.com.au/products-21/large-thumbhole/omark-44.html
I’ve never bought an aftermarket stock so I thought I’d get you guys opinion on them. Anyone here use hatchers stocks? Any opinion on the company as far as quality and customer service?

No personal experience with Hatcher’s but they seem to be well regarded. Not a fan of the design lines on that one, though…

They have a silly wet design that’s probably better for target shooting.