My neighbour who agreed to do a comparison between the HMR and WSM in exchange for a dozen beers finally turned up this afternoon.

He’s just bought it and some Buffalo River 55gn sp and decided he’d rather test that out instead.

Diplomatically resisting the urge to stab him, I explained that I’d already done that test and it wasn’t worth spending half a day remelting, pouring etc to repeat it.

He wasn’t particularly impressed but was somewhat mollified when I gave him his beers as a consolation prize.

I would have given him some bottled water to keep in theme of almost but not quite.

I’d rather drink warm piss, straight from the goat.

Has anyone used these guy’s products? 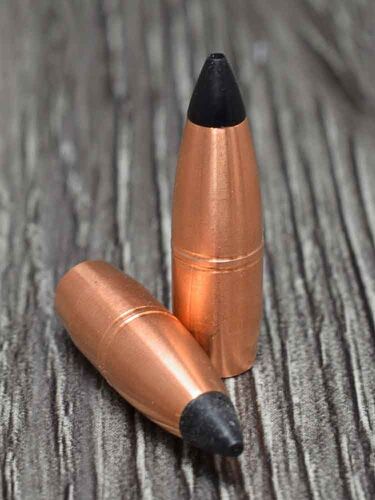 This test is brought to you courtesy of Gwion, who generously donated the projectiles.

They are very aptly described as “frangible” delivering a vicious hit and completely disintegrating within 50mm after entry. The create an impressive permanent wound cavity for such a light projectile. The weather is predicted to be somewhat biblical over the next several days, but when it clears I’ll start a new batch of tests at 200m.

They sure go “splat’!

Work well as as TB load for small light bodied pests as well.