Gender equality in the workplace

I am a ‘right person for the job’ type of guy so this bugs me. I believe women are just as capable in many roles but quotas do them a disservice and makes the issue worse. A friend of mine got a role with a big mining company and she hears people saying she only got the job because of quotas all the time. They don’t realise or believe she got the job because she actually had the experience.

Then forcing this on micro business and sole traders is just ludacris.

The WA Government encourages all businesses and organisations to play their part in driving gender equality in the state, which requires a long-term commitment to behaviour change. 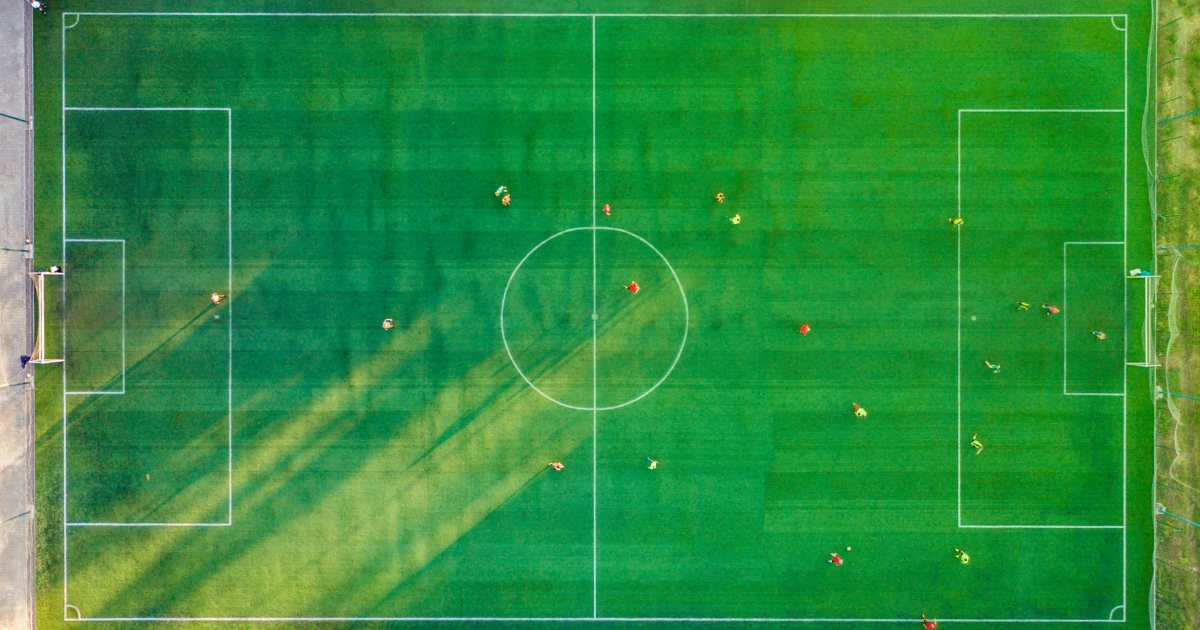 A belief in meritocracy is not only false: it’s bad for you

Meritocracy has become a leading social ideal. Politicians across the ideological spectrum continually return to the theme that the rewards of life—money, power, jobs, university admission—should be distributed according to skill and effort.

You really are becoming your profile pic.

Good to know that every person got their job because of luck and not because of their work. I might just sit at home and wait for luck to make me rich.

I can’t take it anymore! I can’t last the whole month. Not even with just hours to go. Fuck quotas, fuck the left, fuck everybody who’s part and parcel of this stupid Diversity/Division/Divide and Conquer appartus that is designed to punish good and reward bad. Fuck talking heads and university-for-life scribblers with two gender studies degrees and green hair who nothing of the real world but can quote every book verbatim that agrees with their current-thing mentality.

Yeah I hired a Nepalese guy and his wife one day with bad english and they were pretty wet behind the ears as far as Australia goes but he had the gumption to walk in unannounced off the street and present himself with confidence and honesty and a resume. And in that resume it stated that he walked at Papa Georgios pizza in the Gold Coast. Thats the busiest pizza place in Australia and the owner is a super mega extra bastard. That was about 2011 And now Nirmal and his wife are home owners and parents.

According to princeton it was luck, not Nirmals ability to be an adult and look for a job.

You put in the good yards for the month mate. Good effort.

Thats right. Lucky I could read. Lucky he could write. Lucky he madenthe effort to be proactive and lucky he went to my shop. Fuck! They’re after me, better run!

You got something against mountain pandas?

lol, not at all. But don’t get me started on quotas. I am just going to take a deep breath and back away…

Being in the mining industry i’m seeing a big push for females, with some blately discriminatory recruiting and insentives, ’ female only ’ has been appearing on many advertised jobs. Some female only roles are going straight in to middle managment some without any relevent experience in the industry.

That said about 85% of the trucks are operated by women, a little more mechanical sympathy and more efficient for some reason.

Don’t have a problem with women in the workplace but being a female shouldn’t get you any special privileges either.

I’m about to jump ship to one of the tier 1 companies which are trying to rebuild after all the assualt claims so that’ll be interesting.

I work in a female dominated industry which is actively trying to recruit more men.

Yep, I hear that all the time. The XX sex is better at driving trains, trucks and many other expensive pieces of machinery.

There have been some interesting consequences of women being sold the idea of having a career instead of raising children. 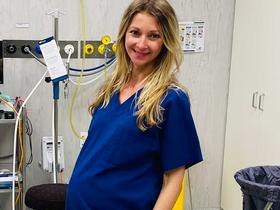 One in three female doctors have miscarried: Aus survey

More than a third of Australian female doctors have miscarried, according to a “shocking” new survey that has prompted calls for more family-friendly medical training programs. Overall, the survey of 1100 female doctors revealed 36% had experienced...

We’ve got declining wages - the days of a working/ middle class man being able to provide for his family as a single wage earner are almost gone, declining birth rates, the fertility issues of trying to have children in yours 40s instead of 20s, decline in marriage, increasing failed marriages, increasing single parenthood, (which is objectively bad for children… See school shooters, physical and sexual abuse and prison stats…)

Steven Crowder has a theory that female police officers are more likely to use a weapon because they can’t physically control a suspect. I dunno if I can find a source for that but it makes sense.

Now as it happens most of my favourite managers in my workplace are women (particularly once they have kids and the change in perspective that gives them) but I hear from a lot of men in the resources industry that their female line managers have no clue, cost the business money with poor decisions and are basically parachuted in by female dominated HR departments. That’s a very loaded meme @Mullmans. But fortunately for you I can look at things from above and happy to educate you

Why should a woman or anyone for that matter be dependent on someone. Why are these mutually exclusive? But primarily, why are you of a belief that a woman must be dependent? Perhaps due to this belief we are now in a shit show of gender quotas.

Crowder is a (almost) comedian. I’d or anyone really, listen to his opinion on things outside comedy about as often as I take medical advice from my dog.

middle class man being able to provide for his family as a single wage earner are almost gone, declining birth rates, the fertility issues of trying to have children in yours 40s instead of 20s, decline in marriage, increasing failed marriages, increasing single parenthood, (which is objectively bad for children… See school shooters, physical and sexual abuse and prison stats…)

…and this, complete load of garbage designed to appeal to outcast men. But has zero relevance to this conversation. This is the incoherent bable I warned about. Oh no some turd gets bullied and shoots up a school - must be because of women. Fucking really? Are you retarded? Thank you, you just made everyone here dumberer.

Regarding study link, it’s behind a pay-wall, do you have a link to full article? Because I have a feeling this is about as relevant as the medical advice from my dog. From reading a blurb, I already see how it’s a red herring. 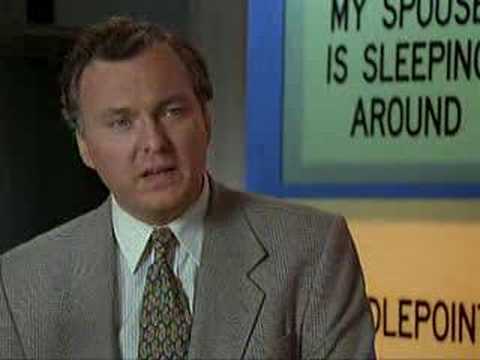 Actually those points about careers affecting fertility, finding a partner were written from a feminist perspective in the article which I was going to get for you until you decided to insult me.

As I said in my workplace it doesn’t cause any issues and I have no problems with female leadership. My wife and I both work and I have three kids.

You wanna call me an incel and hurl insults then I am out of this conversation.

“As a certified LEO you are entitled to use reasonable and necessary force to effect an arrest or detention. In LEO circles we joke about rather being arrested by a male than a female officer because females can normally justify the use of deadly force before a male can. This, of course, is because of their diminished size and strength. But what if the officer is escalating his use of force because he is unfit or out-of-shape? Officer “A” (who is in shape) can subdue a subject using defensive tactics or impact weapons while Officer “B” (who is out-of-shape) has to use deadly force. In today’s litigious society, that’s a recipe for disaster.”

Unfit officers have greater liability in Use of Force situations

Every law enforcement officer (LEO) should know what a Use of Force matrix or continuum is. It is essentially a set of guidelines for how LEOs are to use any amount of force, from the least to the greatest.

As for a research paper - I’m not wasting my time

I meant retarded in jest, but I apologise. As for everything else, I don’t buy it. And just because something is written by a feminist doesn’t mean it is any good or correct. The feminist bit does not matter here.

Unfit officers have greater liability in Use of Force situations

Hey, so I just read this…

In LEO circles we joke about rather being arrested by a male than a female officer because females can normally justify the use of deadly force before a male can.

Can you point me to the place where you are claiming this as a statement of fact?

Apologies for calling you retarded, but regurgitating dumb crowder shit as fact… And sharing memes implying that women need to depend on someone… Nor does “I have a wife and kids” does not add to the credibility.

So yeah, while you are running away, truly think about how offensive everything you’ve wrote above really is.

Ok, sorry I got salty. The doctor example is where the system is failing women - they want equality from the top down but they are harming the women in the process. It actually means they need more support or they are going to miss out on important things in life like having kids. I have talked to so many of them that regret studying medicine.

This “equality” stuff does get out of hand but we do need to recognise men and women have different needs and perform differently in some workplace situations. Not all the time - of course some women are stronger than some men in the police context.

There can be a lot of benefits to that but also some downsides. And sometimes forcing a square peg in a round hole to meet some quota is counter productive.

I’ve taken these school holidays off to look after the kids while my wife works. I’ll happily admit she is naturally better and finds it easier looking after and supporting them. It’s more stressful for me to do the basics but there are the fun dad stuff you can do.

Men and women are different!