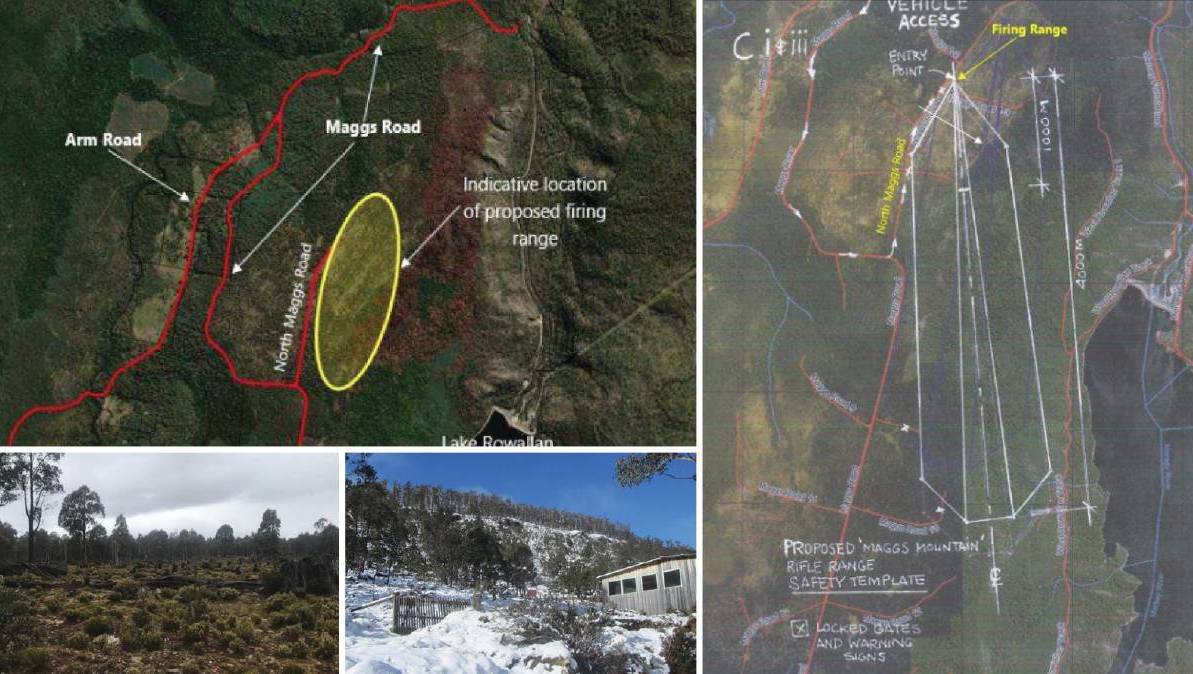 Brought forward by the Kentish Rifle Club, the plans outline a new gravel driveway and car park off North Maggs Road, which would lead to the one-kilometre firing line and end in a butt stop to limit projectiles from passing outside the range.

Disappointing.
They should have kept the old club going and pushed for change of venue; would have had far more traction.

I started at this club with a howa 223, shooting out to 500yards. At 600yards the 50 grain pills I was throwing started wandering more than you’d want.
This was my introduction to f-class in Tasmania.

Shortly, my rifle was rebuilt to a 708. New barrel, bolt machined to suit 308 cases. Action trued. Left hand stock, right hand action because you should never change your natural point of aim to reload…

Anyway. Learnt a lot in a short time. Sheffield Rifle Cub should not have folded. It was basically due to a couple of people not wanting to be restricted by the TRA (Tasmanian Rifle Association)…

I resigned as pres of Sheffield about 2.5 years ago. We were discussing changes at the time, which I was in full support of, as the tenancy of the range was in jeopardy due to a change in ownership (management) of the farm that hosted it. Unfortunately, business got in the way of my abilty to be involved. Anyway. Very disappointed by the outcome.

It’s a shame when good things/clubs end.
As for the new range I’m going to go out on a limb and say i can see both sides, The site looks good and as a shooter the more ranges the better whether i use them or not. BUT would i be happy with a new range being built within earshot of me…No farking way.
We’ve got a similar thing going on with my inlaws once peaceful 40 acres and Lakeside raceway that’s just across the lake from them which was re opened years ago with a completely dodgy deal with money under the table with a now retired council member (that comment isn’t slander either it’s been proven and is long been common knowledge and admitted to by the current gov officials related to the ongoing issue with locals) So now they have to put up with noise from cars & bikes racing fairly regularly.
Although i must admit when i was still riding & doing track days and it re opened i thought it was the best thing ever as it’s a nice little track

I guess peoples opinions on these kinds of issues is always based on what best suits them.

I’m totally for the new range. We were discussing option when I was with the club. Just think a club with a history of 140 odd years, working with multiple organisations, would have more traction than a handful of shooters rattling pitchforks…

Yep i completely agree and it’s surprising (or maybe not lol) how much damage a small toxic group or even an individual can do if they know how to play the game.

@JSS very much so.

@Supaduke when misc got shutdown by registry, it was due to the good ol’ boys having a political struggle internally I’m told. Be glad most of them are out now (or so I’m told).

Yes its like a piece of you is cut away, when a range is closed. Extremely sad. But the Tasmanian premier, wants clay shooting removed from school sports, so as long as you have an anti labour leftist as premier…although he claims liberal…Feel for you guys!!!