So while the general public is focusing on guns and liberals, our glorious security services are capitalising on the opportunity.

The devil is in the detail of government bill to enable access to...

The broad and ill-defined new powers outlined in the government's new telecommunications bill are neither necessary nor proportionate – and contain significant scope for abuse.

This is what tin foil hat dreams are made of. Read, think about it, absorb it.

The Department of Home Affairs argues this new framework will not compel communications providers to build systemic weaknesses or vulnerabilities into their systems. In other words, it is not a backdoor.

But it will require providers to offer up details about technical characteristics of their systems that could help agencies exploit weaknesses that have not been patched. It also includes installing software, and designing and building new systems.

Understand this, nothing is impenetrable. With enough time, skill, money and right motivation, nothing is secure. Who has enough funds, skills, time and motivation? A government. With this in action, in my eyes, it’s the same as handing over they keys to Australian communications to the likes of China, Russia, North Korea and any other technologically advanced unfriendly nation. Just on the back of government killing a deal/tender (rightfully so) from a Chinese based company that wanted to build our 5G network. Stating threat to communications by foreign nation that had influence over the company add the reason.

It’s fucked beyond any logic or rational reasoning.

The way I read it is the designer and manufacturer of any system initially has the best idea of the whole system and an inkling of where a weakness may be. But to fix or strengthen that part would delay the sale and make it more costly. So the Gov is saying hey let everybody know where the weakness is giving the external hackers a head start. Yeah that is really smart.

You are correct, but only half way there. That’s the first paragraph. I highlighted parts on the second that O found I interesting.

Actually had a conversation about this with a mate who works with the Chinese company in question. Apparently all Telstras 5G field testing is using their gear as no one else has anything available that works. Seems that a boatload of patents will either have to be licensed or sidestepped.

Security of the supply chain is a huge worldwide problem. And Telstra, oh my, maybe over few beers

If any of that shit was pulled anywhere else, those people would be out of the industry, not work, the entire industry. 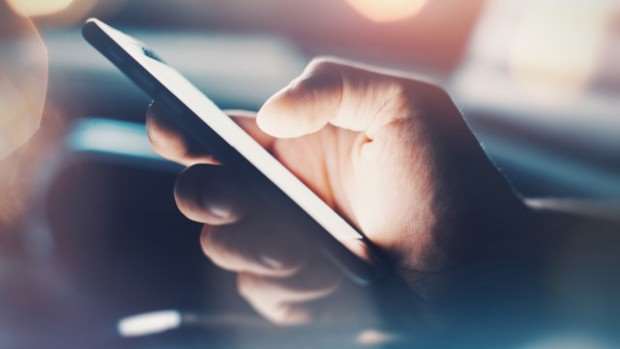 Sets Australia on course for controversial laws by Christmas.

This shows how clueless the government is. Just clueless. This is about the same as banning firearms on appearances. Stupidity and cluelessness never stops to amaze me, it should, but it never does.

As you said about “Stupid is strong with these guys”

I believe one target was apps like Whats App that uses encryption. so they will be forced to hand over the keys so the Govs computers can monitor conversations. No such thing as privacy anywhere any time now.

So everyone will just move to different apps, lol everyone who’s trying to hide that is.

Its not that genuine Australians have something to hide. We just dont like the idea as in mpst countries of the “Big Brother Gov” monitoring all our chats and movements. There are so many cameras around now that have been linked into the system and they all use facial recognition software.

We may not have the constitutional rights like the US always quote. But we do have a inner feeling or vibe of what is acceptable.

The New Encrpytion Bill Means Australia Is No Longer A Good Place To Work In...

Despite a raft of 173 amendments being proposed, acknowledgement that the legislation is flawed and the opposition of almost every technical expert, the Australian government and opposition have passed the new Telecommunications and Other Legislation...

Not looking good at all. An interesting point that is made in the article about other countries wanting information that can be gained through the back door.
As a software writer/designer you are pretty screwed either way you go, damned if you do and damned if you don’t.

I am just about done with this country and its filthy scum sucking politicians. with all this talk of back doors, I hope every poliscum that voted this bullshit through gets raped in the back door!

It’s no different to other countries, @GUN-DMC. We were probably the last bastion of ‘perceived’ privacy. I’m afraid, you’d find same outcome everywhere else.

Unfortunately for you and everyone else, a technology savy bad guy, and this is pretty much what this law is designed to catch, can circumvent it. While, 99% of public who indeed have nothing to hide become the vicitms.

If i wasn’t mortgaged to the hilt in a spot that would take ages to sell, i would possibly up and go to NZ!

Ok in theory, but really, it’s an inferior economy in every way, mate. But hey, pretty though

At least it’s not run by fucktards… and the ecconomy can’t be worse than Tassie!