So now I have this old Omark, which is an actual target action, I’m seriously thinking of putting a right hand stock on the FrankenHowa and flogging it off; what do you all think is a realistic and fair asking price?

I always find it hard to set a price on gear…

I think you will get more for it selling it in parts. I just cant see someone spending that much. The GRS stock is something that you have to buy new and put work into this is where IMHO you will loose the money. The smithing money is also nearly down the drain, it will be a good selling point putting it apart form the others but hard to recover.
But I am always surprised about what some people want for their rifles, whether the ever get it is always unkown.

Ultimately is worth what someone is willing to pay.
Trying to get your money back is hard. this is just the sort of build we post into @AusTac budget rifle thread, then we all talk about how we could build our own for that price, blah, blah, blah!
In my opinion you should keep it and use it, that’s really where your best value is going to be.

Yeah…that’s kind of what i was thinking.
Might just get the BiFrost stock and start using it with my dodgy right eye… Save me a few hundred buck on the left hand laminate stock…

Thing is, you can ‘build’ it for that price but for some reason, getting a quality smith to build a great rifle on a budget action isn’t seen as worth the value of some shop putting together a package of the standard “budget” barrelled action with upgraded furniture. Makes no sense to me…

I think it makes perfect sense. The majority of the customers will buy it that way. Money and profit is the main driving force. And majority of the people will prefer to buy… Shops have to cater to the 99%, not 1%…

I think you have the wrong end of the stick…
I mean it makes no sense that people are willing to pay high retail but aren’t willing to pay the same for a rifle that has been made to higher specs that may have had a genuine 100 rounds through it… etc… yet they will buy the retail package and then spend retail again to spec it up over the course of shooting a few hundred rounds; ending up with the same result for much more cash.

It makes perfect sense that retailers want to make money…

It’s because people are stupid

In general, yes, agree. In this specific thing, nope, it’s because most people don’t give a shit.

Take me as an example of the Stupid people. I dont value the money you spent on a smith. I dont know or really think he did anything to improve the action. I would rather a stock standard Howa action. The fact that you spent money putting a different barrel on again is not valued. A gun has to come with a barrel all the customer cares about is it comes with one. The same for the bottom metal and magazine selling points yes but as far as adding value maybe half of what you paid. As again the stock standard retail gun is going to come with some form of bottom metal and magazine.

Its harsh and I know I am I know guns get sold for much more than I would pay for them. I see them as second hand and as such should be 1/2 to 3/4 of the original price. No way in getting your money back. It would have to be made exactly as per my dreams for that otherwise I am just going to have to spend more money on changing something to my taste.

So you are saying that a well “blue printed” (or, as i prefer to call it, “trued”) action is no better than a standard factory action???

What the…
An example of a retailer going crazy with a standard action. Whack it in a new stock, bang a brake on it and a $1500 scope…
https://www.usedguns.com.au/Product.aspx?p=142465
Maybe if i stuck it in this and then got Rolf to fit a brake to it, i could get $3k!??!

I see them as second hand and as such should be 1/2 to 3/4 of the original price.

I’m constantly amazed me what people ask for use rifles.

Pretty much. Some actions may need it others can not be improved on. In the end it is still a factory action with an undocumented before and after or any guarantee. We have all heard stories of gunsmiths making big F ups making things worse. I asked my gunsmith about doing work to my Remington 700 action in this regard. At the time he said dont waste you money it wont make a difference on the target. At a latter date I had a problem which was found to be a scope rail screw. He spent a lot of time checking the action in all dimensions. This was all at his cost because it came back with this issue after fitting a new barrel. He said the action was nearly perfect in all trueness. It was the scope rail that was not true and needed bedding.

I think you are on the right path here. If it shoots great and you have a load that it likes just keep it for hunting.
Why not just buy a left handed Bifrost stock and use your good eye?

No such animal as a left hand BiFrost…

Also, it’s very, very heavy for hunting deer and there’s nothing locally to use it on as a heavy varmint rifle. Nothing that a 223 won’t fix anyway.

Oh yes there is… they make stocks for both normal and backwards shooters. 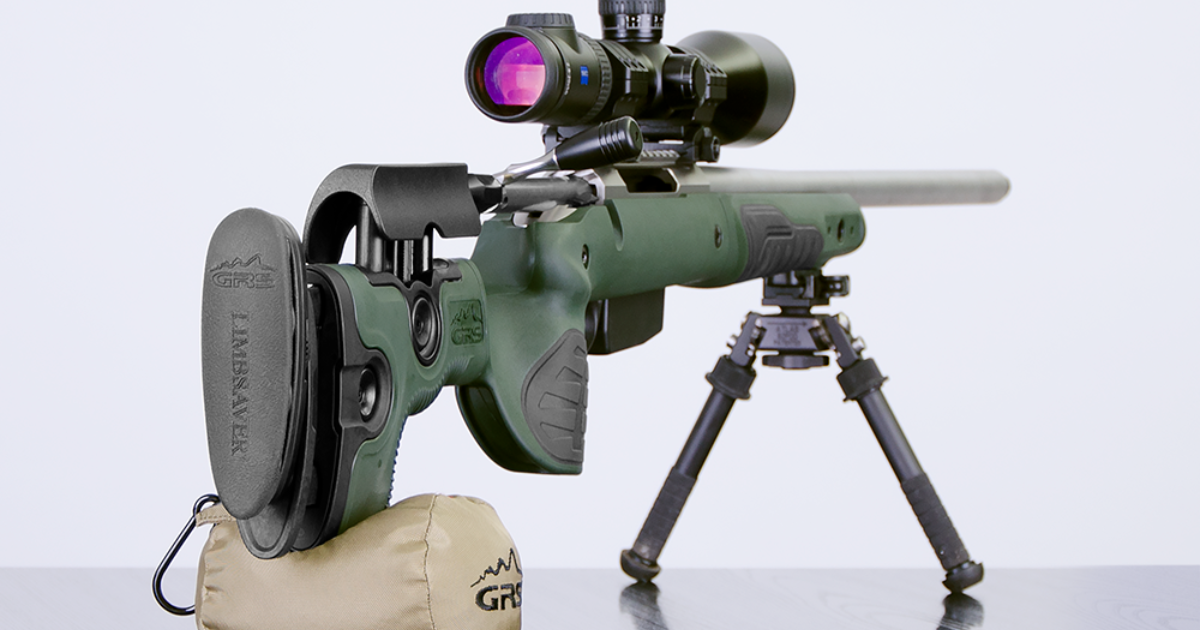 Oh… I better make enquires overseas. Australian importers won’t play when it comes to special orders. I have sent numerous emails to retailers and importers and I just get, ‘computer says no’.

International sellers are happy to put in special orders.

Quite like those grs bifrosts to myself @Gwion keen to get my mits on one somehow, the bravo was too chunky in the hand