Well fark - wait for the reaction.

A man in his late 20s is set to face court in New Zealand, charged with murder after 49 people were killed and dozens more were injured in terrorist shootings at two Christchurch mosques.

I have a news stream playing on the second monitor. It’s funny that nobody in NZ is talking about gun control. Undoubtedly it will come up. However, it’s mostly the Australian (wait for it… ABC) media I am seeing, who are trying to push their own agenda while the bodies are still warm (disgusting), ignoring the fact that crazy people do crazy shit. If it wasn’t the firearms, it would have been those IDEs they strapped to cars or cars. According to the chief crazy, he was ready to go down, so swap one for another is same same to him.

I would have never expected something like this going down in NZ. Very sad.

Yes I don’t think it needs to be said, but Idiots have no place around firearms.

I don’t think he is an idiot at all. That’s the scary bit. I am reading his manifesto (which I think is 100% fashist, white supremacy, I am versed well enough in philosophy to read between those lines). That’s the scary bit, smart, calculating, planning, cold. Just uber scary, because people like that would easily pass any psychology test.

You are probably right. I’m just judging him as an idiot by his actions.Not his IQ.

Oooo, this is interesting… Nothing needs to be said about the attack, but this is an unexpected twist:

An attack on a New Zealand mosque was reportedly stopped on Friday when a good guy with a gun fired at the attacker[s] causing them to flee the scene, according to local media. The terrorist attack left 49 dead and dozens injured with at least 30 of...

Don’t take this as advocacy for arming citizens, but here you go… Will be interesting if it’s substantiated. Also, I wasn’t aware they had any type of carry laws there, so someone is in trouble. Better than dead though (if that is a factual statment).

“I can tell you one thing right now, our gun laws will change. There have been attempts to change our laws in 2005, 2012 and after an inquiry in 2017. Now is the time for change,” Ms Ardern told reporters in Wellington.
She said the gunman used two semi-automatic weapons, two shotguns and a lever-action firearm during the attack, allowing him to shoot a rapid succession of rounds.

Interesting… Especially when so much of their revenue comes from it. One crazy vs lots of budget and huge hunting culture. Especially when they know how it went down here, huge waste of public resources and guns are not registered. Will be interesting to watch it fizzle out or end her career.

…or there’s the third option, I call it the Adler Option. Let’s move it from A to B. I think if something changes, it’ll be either like that or a complete ban.

Saw on TV last night she has said that she is committed to a change in laws. I dont know all the details of this guys rampage but he certainly seems to have caused a huge amount of carnage. A true crazy that went well prepared.

Yep, she certainly showed them 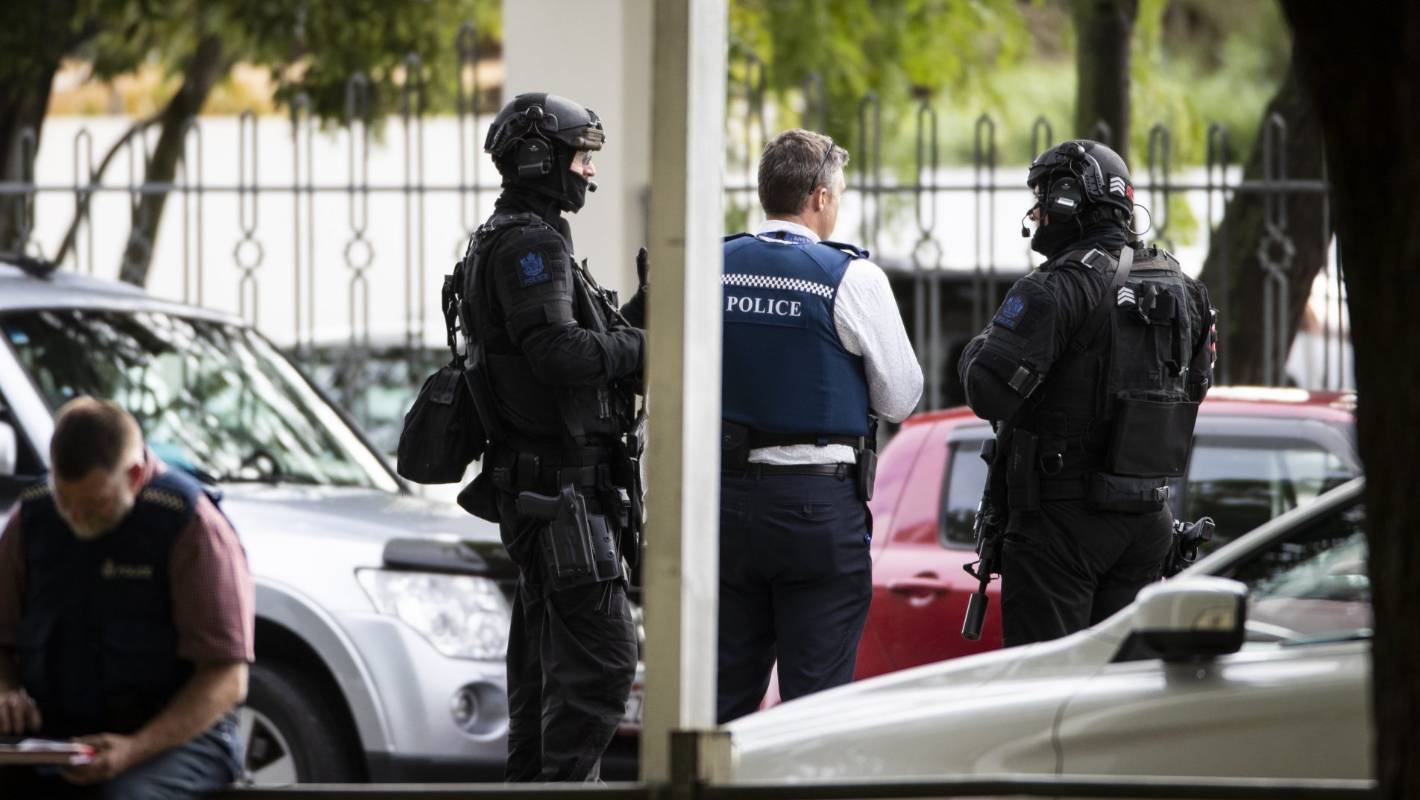 People are rushing to stores to buy firearms, in anticipation of tighter gun laws.

And the next rush will be for poly pipe and fittings.

Neighboring Australia implemented a gun confiscation program, ostensibly referred to as a voluntary “gun buyback” program, in 1996 after a deadly shooting. Residents were mandated to turn in their semi-automatic rifles and other now-outlawed weapons. They would receive money for doing so.

Ardern said at her press conference that she wasn’t ready to support a similar program just yet.

I personally thinking the is not many reasons apart from cool or wank factor to have a semi auto centre fire rifle.

There are a lot of reasons. One is that a gun is a gun is a gun and you have been vetted by law enforcement, so what’s the difference? Another is practical use for hunting: pigs, goats, roos, deer, rabbit warrens (though that is usually a rimfire). Maybe competing on world level in 3-gun?

But really, a gun is a gun, is a gun and you have been vetted for one, so there is no difference. For example, how is it different to having a handgun? It’s a semi after all, in fact most modern comp handguns are more than capable of firing at a much faster rate than most semi rifles. Same deal, get a licence and you can own one. Should that too be banned?

Lol, I agree a gun is a tool. And it’s the nut behind that controls it.

With deer or pigs I be more thinking of incidences of injuring a animals with indiscriminate firing, that we both know many ppl will do…ahhh see a mob, empty the 20 round mag, hoping you hit a few of them.

I don’t really know much about handguns, so cannot comment

You can’t say one thing and then “don’t know about the other” (handgun). They are conceptually the same. As for indiscriminate fire - this is literally what US civil war army commanders said, when Winchester offered them a lever action. No, we’ll stick to muskets. It’s a very misguide statement, stemed from, my guess, never gone out hunting. That’s cool. Been there, I’ll give you a year until you start asking for an automatic grenade launcher

I dunno about handguns don’t have a license. I see some people have semi auto licenses so assuming its for some type of comps.

I suppose the effective range of a handgun is lower… except this event he was also shooting point blank range.

All I am saying is, I don’t see a real need of semi auto center fire for 95% of the population. Maybe for hunting a 2 shot semi auto might be good…but I am also not an engineer so cannot say if that will be possible

Well that’s all right then 95% of the population are unlicensed.

I want to hear about the other 3 gun men that were arrested, who are they and why are we not being told about them?

Why is it that people, even in our fraternity of LAFOs, want to argue the semantics of the various types of firearm, and whether or not one should be permitted and another not.
A firearm is a firearm, is a firearm. Full stop. That includes pistols.
How can a single shot rifle be any different from a side by side two shot, a three shot drilling, a bolt or lever action repeater, or, horror of horrors, a semi-auto of whatever magazine capacity.
A firearm is a tool, not a weapon as the various Act of law describe/define: in 99.99% off the time used responsibly by LAFOs, but a tiny % unfortunately use them as a weapon of destruction. Unfortunately there will always be people in our society who will use any tool available to them to cause whatever damage they choose, whether that be by knives, firearms, incendiaries, motor vehicles, or some form of blunt instrument. Unfortunately, that is the nature of some humans, as it is within some of the animal world, of which we are but one species.
If anybody argues that there is no need for this, or that, type of firearm, you’ve thrown the rest of your community under the bus.
I well remember an occasion in which a long-range single shot aficionado questioned my “need” to own a type of firearm very different to his own, and that he was of the opinion that my firearm should be banned. I pointed out to him that he and his choice were perhaps the bigger danger because he might be seen as a sniper. Shut him up quick smart.
There is an old tool oft used by politicians - divide and conquer. Do NOT fall into the same trap.
Consider your vote carefully in the forthcoming election/s.