Unfortunately one of these bastards will end up seriously injured or dead and it’ll be the poor old farmers and their families who will suffer the fallout. The powers that be have to jump on these mongrels now or shit will end up getting right out of control.

Some clever bugger should find out where all these vegan protesters live and put out a map like they did. See how long before they crack the sads.

What’s that saying? You reap what you sow.

Vile death threats and social media messages directed at an animal rights activist have revealed the dark side of the public and media backlash against increasing vegan activism across Victoria.

Cara, says she falls asleep watching live security camera vision and is actively looking for new accommodation since her address and photos of her house were circulated online.

Further, she says, police have dismissed her calls for help.

The Age has seen the messages and many are so graphic in their descriptions of violence – and the violence the trolls ask her to bring upon herself – they cannot be printed in detail.

I guess this is what happens when children without comprehension of consequences attack farmer’s livelihoods and their ability to feed their families.

While I would never advocate violence against a women, I do feel bad now that I’m having veggie soup for dinner, might have to have a steak for desert.

It’s ok I added some bacon…

Oh my, those chickens are coming home pretty hard lmao

A vegan activist accused of being the ringleader behind the theft of a $1500 calf and a dead piglet from West Australian farms says he went hungry in prison because the menus offered no animal-free alternatives. 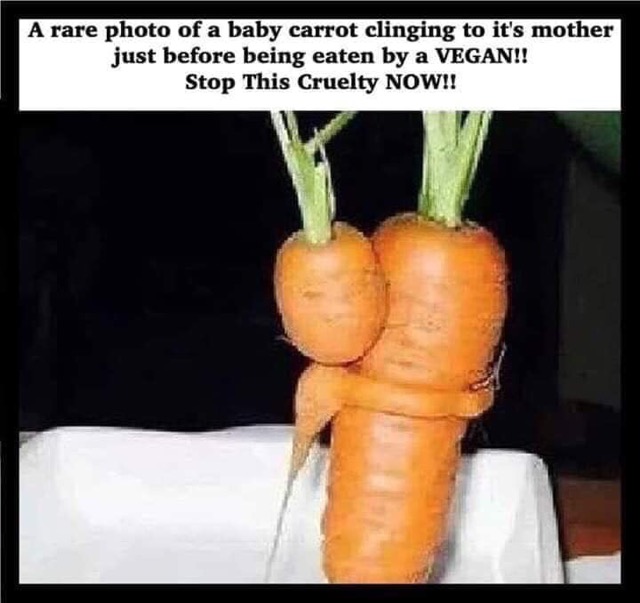