Had a family movie night, my son saw a paintball gun on TV…

Daaaaaad, can we get a paintball gun?

I didn’t know that you have moved to WA LOL.

How do you mean? I thought we covered this yesterday mate, there is no need to be bitter, we welcome you here… I thought that we were the only nanny state.

We are nanny state country.

You think we have it bad, in California this year the third stage of banning Lead in bullets will come into effect. That is truly the back door route to regulating guns.

I don’t think that fazing out lead is a bad idea. They do go on to supply a long list of ammo suppliers that make non lead pills.
https://www.wildlife.ca.gov/Hunting/Nonlead-Ammunition/Certified
We don’t use lead pipes, leaded petrol or lead paint anymore, for good reason too.
I think it’s a natural evolution.

@GUN-DMC so that pretty much ends 98% of your shooting, other than steel bird shot.

Looks like he will have to buy a lathe and turn his projectiles to suit.

He has a lathe. But can you imagine, turning 1000 projectiles? I mean, by the end of it, you’d be like, fuck this, I am taking up synchronised swimming.

I could cast zinc slugs or turn them up out of copper, brass or aluminium.
Steel or bismuth (spelling?) Shot for bunnys n stuff.
Imagine the gains in b.c. when we have to move to other types of metals, a 1 oz slug that’s 4 inches long, Lol! 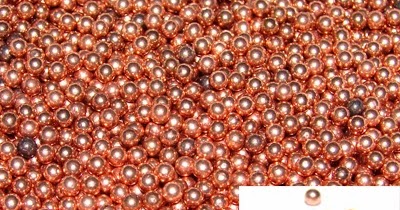 A blog about pointing dogs and hunting dogs.

There are nontoxic 12ga options on the market already.

It’s stupidity for sake of stupidity.

Funny thing is that they are already finding issues with the steel shot in shotguns. There are lakes that are becoming rust coloured. A few of the other alternatives such as zinc are also showing environmental changes. Lead may actually be one of the least as being heavy it tends to sink to the bottom and it doesnt really break down.

It’s stupidity for sake of stupidity.

Agree, we don’t, eat the bullets after we shoot them. Unless it creates a concentration of lead in the environment that is harmful to the flora or fauna it’s a wank.

Even the lead issue relating to duck shooting was in most part a beat up.

These changes need to be science based not emotionally based.

There are lakes that are becoming rust coloured.

I recall that possibility being raised (when it was forced upon us) along with as it rusts it uses up oxygen in the water.

From what i have been told yes and no reason to think it was a gross exaggeration. In California the main driving force was the Condor as in big birds eating the shot from shooters prey. Lead is a bit like asbestos if you leave it alone it is not that harmful start disturbing it / eating it playing with it you get problems.

If ppl was a few pellets of lead once in a while it just passes through and very little is obsorbed into the system. However if you made a habit of eating lead filings or breathing the fumes it all changes. It’s about the “dose”. Our system does remove it slooowly but if the intake is too high it builds up and faarks your brain.
Condors on the other hand will have a different system to us so will be different.
The bald eagle was the reason ddt was ultimately banned. Caused Mal formed chicks.

Totally agree @Oldbloke and that is why lead is a better option than a lot of other things. Its actually hard to break down and get into the eco system. As it doesnt corrode and disintegrate it will just sit where it lands and like gold make its way down into the earth covered over by dust and grass growth.