Hi all!
Something that’s been bugging me for a little while and its to do with everybody’s favourite early AR. The StG44 sports this distinctive kind of shaft with a rounded bead at near to the muzzle. (Circled red below). I always wondered what it is and thought it might be part of the gas piston assembly but, as you can see from the second shot, is independent of the assembly when the gun is taken apart.
So to you experts I ask - what is this thing!?

Another useful graphic. Looks short; maybe some sort of stop for the breech? 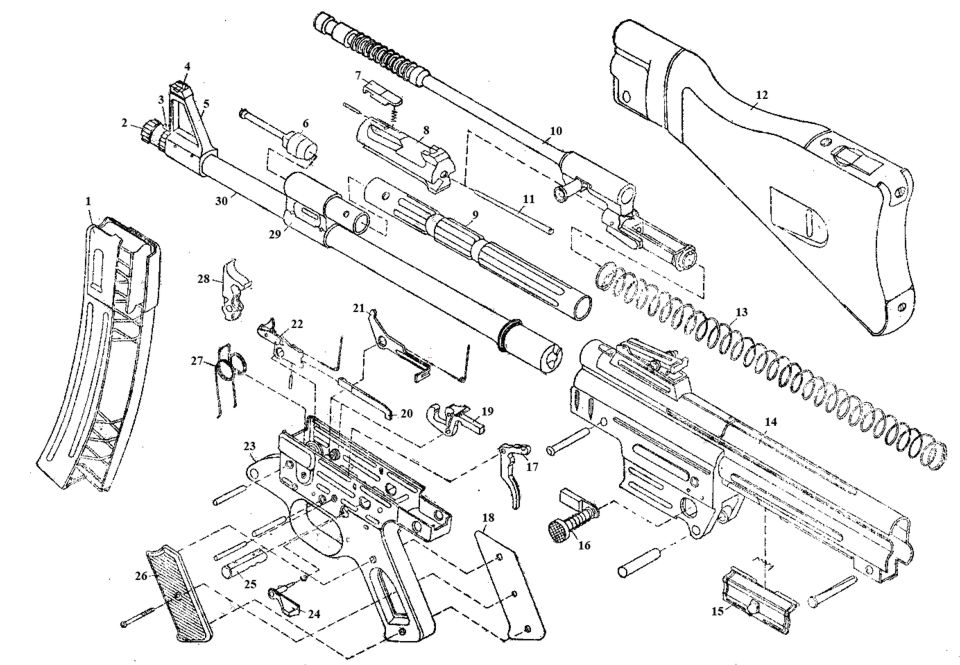 At a guess it would be for adjusting the amount of gas to compensate for the gun getting clogged up with carbon. It’s possibly long like that to allow it’s use with gloved hands.

It is a stacking rod and also where you unscrew the gas plug. They did not have an adjustable gas system.

As a side note, most stacking rods are on the bottom of world war 2 and earlier rifles.
The Stg had it’s on top because of the large magazine.

Though they were on the side.

True, some were. But never the top. I wonder if the inventors of the StG were aware of the history changing revolution they had created.

This is one of the more interesting things I’ve learned recently. Thank you Supaduke.

I love Milsurps. Got a few myself. Always happy to help anyone who is interested gain knowledge.
Great history, great engineering, a personality and elegance that few modern rifle can capture. They may not drive tacks at 500m but are great fun to shoot. I highly recommend getting a Milsurp rifle.

Got a few myself.