So, scoping this mother, not as simple as it seems…

It has ‘Field Australia’ scope mount, which costs about as much as the rifle and about as old as the sporter. Couple of options here… One was to file the mount, which I was about 99% against. And the other is to start looking for streamlined 1" scopes, also sort of meh, but open to ideas. then I thought, hrmm, my Sportco (Show us your 22s) has an old scope from around that time and I am not a fan of a scope on Sportco anyway (has nice iron sight). I thought, maybe I should take a look at it. Fixed 4x40, but it will do. Turns out, also Field. Ha! And a good fit. 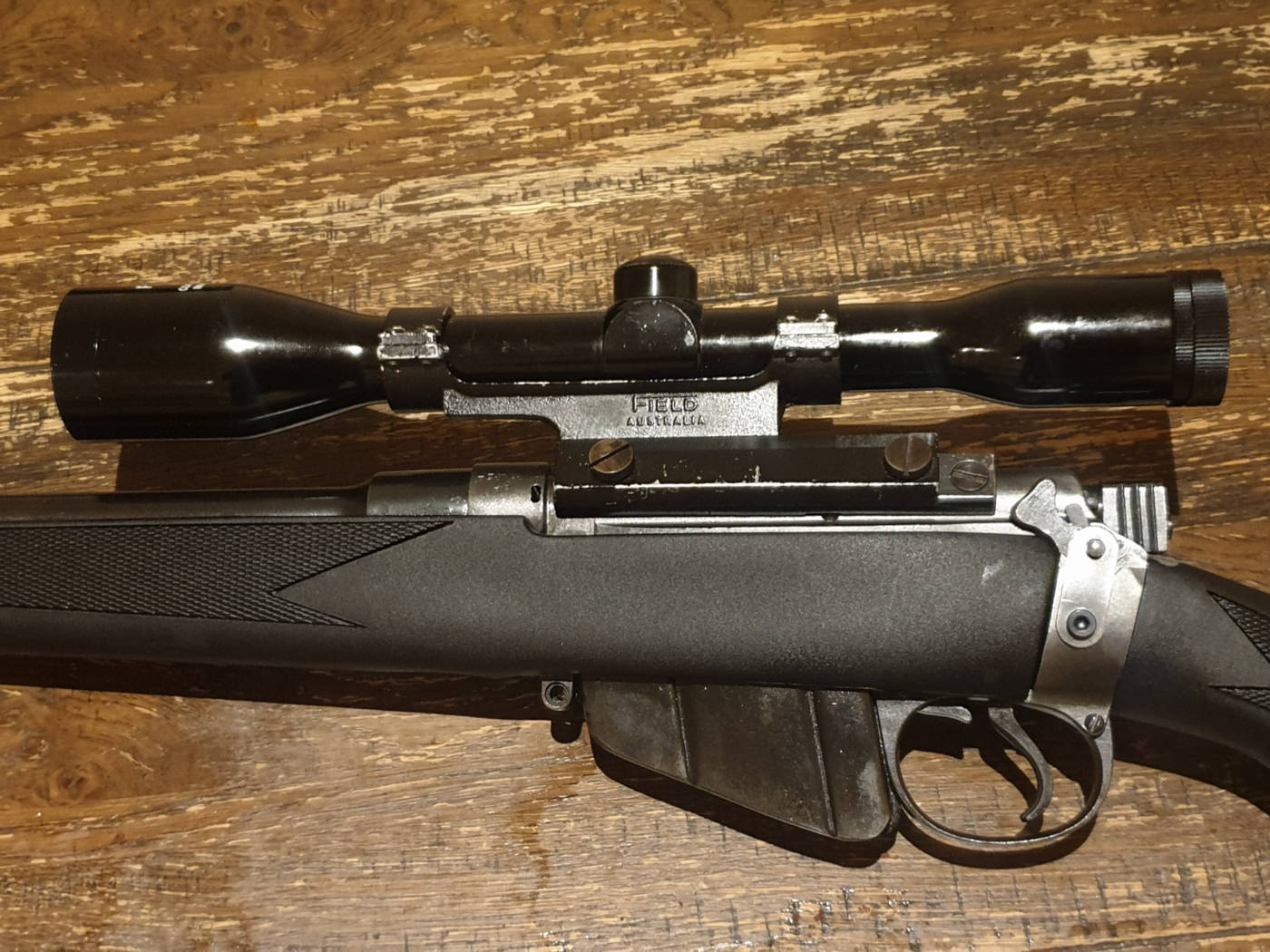 So here we are. Almost done. Now I need to load and sight it in.

As a side note, looking for Sportco post to link to, I realised that I have Browning FN Trombone, w00t! I love rediscovering what I have

Hey JS that stock looks good mate where did you get it from and what are your thoughts on it since you acquired it ?. I have 2 / 303’s one’s stock and barrel was hacked up for pig shooting and now i’m thinking of rebuilding it back to an every day rifle the other is a full wood and original although the numbers don’t match with bolt and barrel

Got it from Cleavers, @anon19591382 - but Western Firearms and few other places stock them. I was ordering a couple of things, so included it.

Haven’t shot it yet. Looks alright on a sporter. Feels solid. However, compared to other synthetic stocks I have, I’d say this is the cheapest one. Feels cheap and rough. Looks good, solid, but also feels cheap and rough. For the price though (https://www.cleaverfirearms.com/Products.aspx?Category=Tactical%20Equipment&Brand=362), absolutely best option, in my opinion, for my use case anyway.

Thanks mate . I’ve looked them up just now and am going to buy one and get started on the rebuild thanks again .

@anon19591382 FYI keep the bolt that holds the butt… It doesn’t come with that. You’ll need to re-use the original one.