after all that i forgot to post the link was posting as i was coming off a flight, what a cooked c*nt

10k for that ammo, must of got his price off used guns

“ after finding the ammunition, particularly because guns are banned in Australia, unlike in America. "

The dude also made a youtube video of the event. 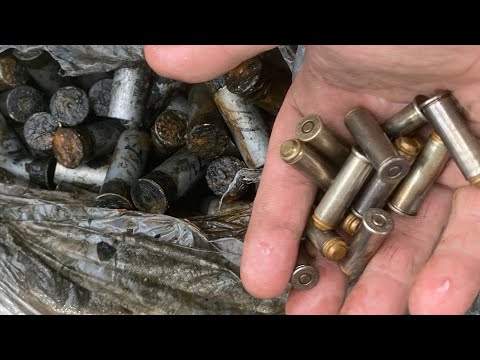 I think your dyslexia is kicking in

$1k for 400 rounds of what seems to be 38spc wad cutters. Not impossible lol

***update
watched some of the video, seems like a mixed bag. Pfft.

Gotta admit its a bit weird finding that kind of stuff in a river though makes me wonder what other treasures are down there, maybe theres a mint lee enfield no 4 mk 2 still in the wrapping

Was more so commenting on his own price estimate, not the revised cop estimate.