A Victorian Liberal MP uses his maiden speech to Parliament to criticise the practice of duck hunting and call on his party to do more to protect the state's wildlife.

Well… That’s fun, from Liberals. Let’s think about it for a moment here. 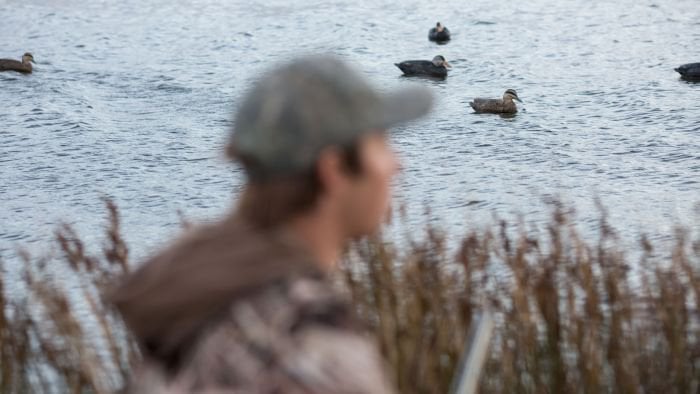 It’s ok, nobody needs anything more than me anyway and I only need a shotgun for my duck season. Heheh

Christ that wally doesn’t even look old enough to shave let alone be in politics.

It’s a popular opinion that would appeal to people who would otherwise vote for smaller parties. He’s a moral prostitute (like all pollies) playing the game. Basically trying to secure votes that they pissed away, after young terrorists, I mean young turks segment of the party (lack of capitalisation is not accidental) drove away with their rasist SMS exchange that went public.

Sort of like greens getting on the legal marijuana wagon (publicly, I’m sure they’ve been smoking at least something), after LDP have been advocating it from the start.

If they ban duck hunting, how long before the same people who pushed for the banning start complaining about the introduced species starting to take over and causing issues for the native species?

Now I have never been duck hunting as it is banned over here (along with most other fun things) but I believe that to get a licence you have to be able to pass an identification test as to what you can shoot, is that correct?

Always had more resistance from the Liberals than from Labour. Duck hunting has been a “working class” passion far more strongly than the upper middle class who inform much of Victorian Liberal thinking. I still recall the Liberal Party hopeful who was the loudest and most vociferous voice against his fellow shooters and their right to own pump and semi-auto shotties and centerfire.

Maybe its time for shooters to join the Liberal party and change the agenda.

For younger members the Liberal party closed its membership in 1996 so the PAM reactionary gun laws could be forced through.

While I understand the need to stick together on this and any shooting issue, I don’t see the appeal in duck shooting.
With extra licencing (tax) limited seasons, overcrowded hunting spots, dickhead protesters and wild duck not being anywhere near as good as domestic duck to eat. I’d rather shoot and eat feral bunnies.

That said the LIEbral party has always been a greater enermy of shooters than the leftards.