How to horrify your wife

So I got these I feel your pain. My head is far too large for pretty much any of my military headgear. Doesn’t help that all the surplused stuff were the smallest sizes. 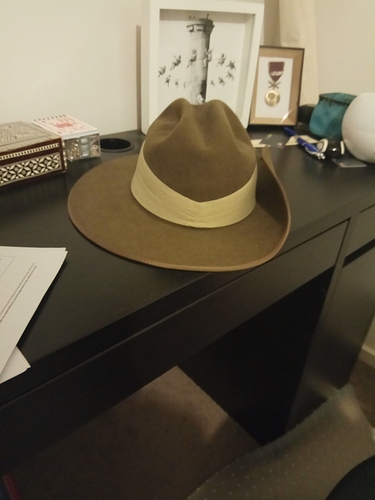 My own slouch hat sits on top of my head like that. It’s ment to. Serbian Helm. Was thinking of getting one myself.

Yeah, love the fact that they just have a sticker as their emblem. Apparently if you take them off there are often old communist stars underneath but I can’t bring myself to do it.

Tell her how much you have spent on Firearm gear and associated equipment.