What molds are we favouring, and what calibers are we casting for? Interested to hear more so what molds people are using, Lee, RCBS, CBE, Saeco, or others??

Damn mate, just sold my Lee 8mm mold and sizer. I like HRBC, but I think you can cast better quality with a decent mold of CBE, LYMAN or RCBS brand. Not a huge fan of Lee molds, although I do have several. The Lee push through sizers are cherry ripe though.

I use a mix of brands.

X ring?? Never heard of them…

It’s a 1 man company who specializes in old Stuff for sniders and martinis. The molds I think come from NOE but are X-Ring branded. 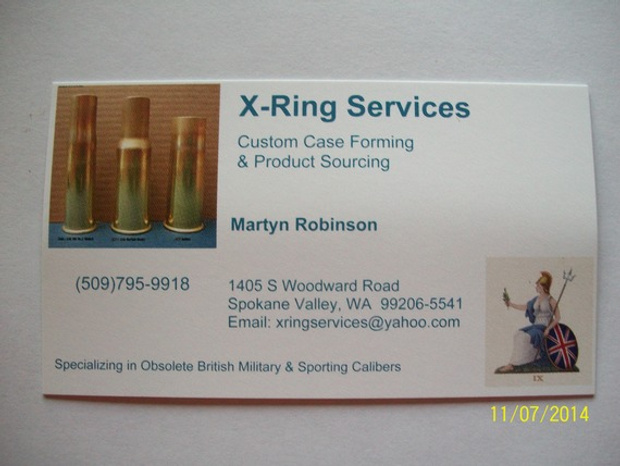 Awesome! I thought I had a casting fetish haha!

@danmac has a casting and reloading room about the size of my house. There are pics on here somewhere.

Agree with @sungazer, smooth bench-top. Makes cleaning easier and makes handling items like case blocks easier if you can just slide them around. As I said, mine is a solid core door so it has a masonite outer that has a tough painted finish. I always use reloading blocks when handling cases for loading. Plastic tubs for doing bulk work like trimming etc. I use a thin rubber mat on top if I’m working on a gun, both for protection and grip on parts so that they don’t roll off and go missing. Bui…

Finally made it to the cave today… typing is too hard, so took a couple of photos.

The .329 sizing die however… I started casting for it (8x56R), but then I thought what if… What if I take a jacketed .338 bullet and run it through the .329 die. Works like a charm. Yet to test it in flight and I want to cut it and half and double check width of the jacket after swaging, but initial experiment of just resizing a jacketed bullet went pretty well. .311 I cast for 7.62×38mmR, 45-70 because they don’t make bullets big enough, Carcano, Snider, Martini Henry, 12ga Lee slugs. That’s about it. The rest are from previous experiments and what not. All common and heavily consumed calibres I tend to just buy in bulk.

Also, thanks to @TheDude for sending me these cute little bullets to try (168gr 30cal for size reference). 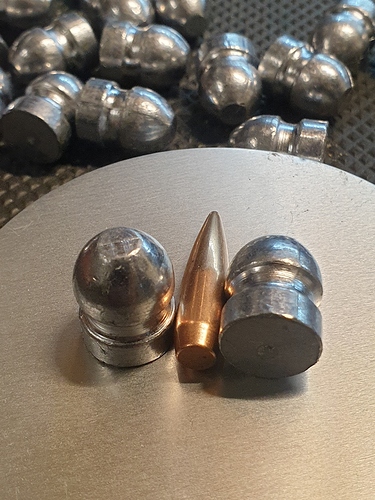 I am not 100% with Xring mould, not so much the mould, it makes fantastic projectiles, it’s awesome, but my Snider chamber seems to be within spec, I guess, so trying CBE cast bullets before I know if I need that mould.

CBE are equivalent to RCBS or better, I believe. David is great to deal with, I buy all my cast goodies from CBE now. I also buy Simplex dies too. I’m big on buying Aistralian, can you tell?

I bet the snider’s are the most fun to shoot!

Still working on loads and case forming. Can’t wait to get it shooting! Martini Henry however is a lot of fun.

It’s once in a while gun

Interested to see how they go in your snider

I only cast these guys now cause I can’t buy them for love nor money. Hexagonal with a 1:20 twist for use in a Whitworth BP Rifle. Mould was custom made in the U.K and cost way more then I’m prepared to share.