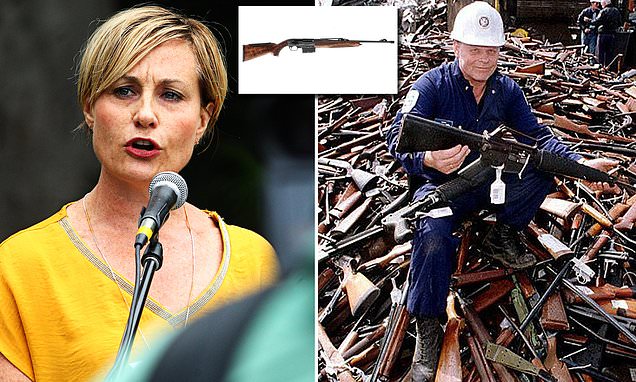 A rifle promoted as having an 'unequalled rate of fire' of military-style ammunition is now freely available to hundreds of thousands of Australian gun owners.

Look ma, I’m a gutter ‘journalist’, I work for clicks, I made it in life lol.

Read the comments from SSAA by the way. This is the dumbest of the dumb. This is why people hate them. Absolute cowards and idiots. Started well and got bullied into submission. What a bunch of cucks.

I can’t even bring myself to read that garbage.

They’ll just try anything to get the hype going…

I wonder if they realize that pretty much all bullets have a military background???

The thing with the Verney Carron is that does not really have chambers of the most popular rounds. That is something that I have found a bit perplexing. Why did they go for the 223, 6.5 and the 308 first. Rather they have put themselves in the big Calibre market and the 300 win mag, 30-06 7mm Rem mag and now coming down to the 308

SSAA will not be handed anything. They don’t have the guts to ask. They are not doing anything. They are a commercial organisation that provides range and insurance facilities. As for shooters rights, they are very uneducated, out of touch, have no media experience and haven’t done anything for shooters. Try to name something they actually did for shooting sports? ADA has does more than SSAA ever will. SSAA are not transparent, they don’t actually contribute, lobby or promote. All they do is shit the bed. Like I said before, entire leadership team needs to be disbanded.