I was watching a Kentucky Ballistics video and saw Goatguns miniature replicas mentioned so I checked them out and now the 7yo in charge of my brain is ricocheting around in there demanding I start collecting them.

Thing is… I live in Nanny South Wales.

I did some googling and found the below report from South Aust. but nothing from NSW. 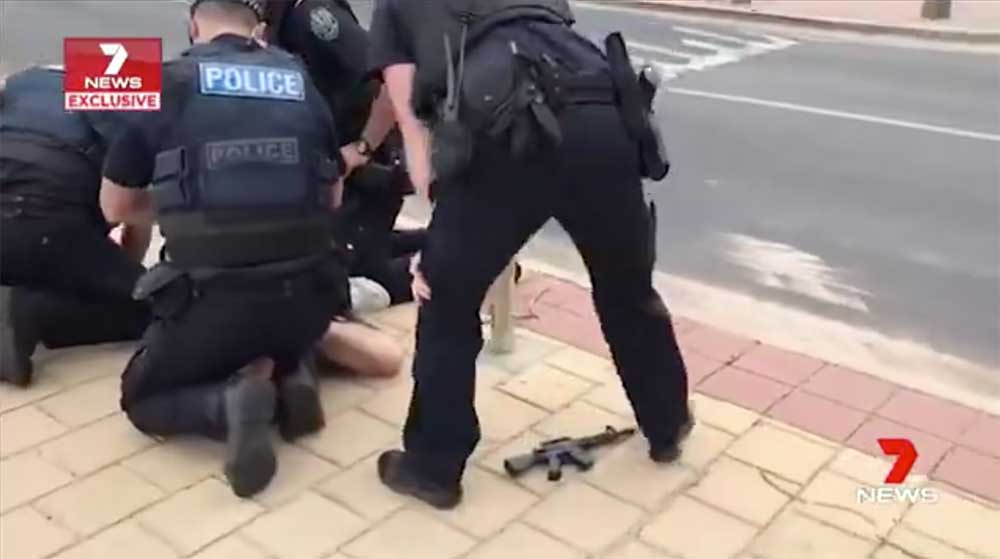 Australian police in the coastal city of Brighton, in Victoria, take down a man carrying a toy gun.

Does anybody have a better knowledge of the legalty of these, given the rat’s nest mess made by the Oedipal copraphages we have in parliament?

They are not the same as the article. I have one, it’s an actual miniature… I have an SVD one, it’s on the larger side and about the size of your hand. It’s not a toy that you can actually play with,rather a true miniature.

That’s both what attracted me and worried me.

The only other reference I found was Victorian, saying that if it just looks like a gun but has no “gun-like functions”, like those from the Army Shop, it’s a toy or model.
However if it mimics any functions, it’s a replica, no mention of scale.

I might have to ring FAR and settle in and wait for someone to clarify.

I think you are overthinking it.

I do have that habit

Aaaaand there’s a good reason I have that habit. I live in Nanny South Wales.

I just spent 56min on hold at NSW FAR, ended up with several opinions from different levels and a conclusion that is just soooo typically ludicrous.

According to the latest legislation, because you can put tiny little toy bullets in the toy magazine and the TOY action can feed and extract them, they are classed as a replica, despite the fact that they are non firing fecking miniatures FFS, if they can chamber a round(even a solid, inert toy round) in this Fascist wonderland one is required to lodge a PTA and one’s tiny toys must be kept a gun safe.

I shit you not, George Orwell could not make this up.

They don’t chamber anything

I know that, you know that, but people who actually use real firearms and know how they operate don’t make these bizarre rulings.

I won’t bother with it, I’ll put them on my disappointment list with the new Koenigsegg since that greedy elitist Bentaz snapped them all up.