For anyone that has flown a drone or any other type of RC device you have an idea of how sketchy this is and then the cray cray Americans take it to the next level. 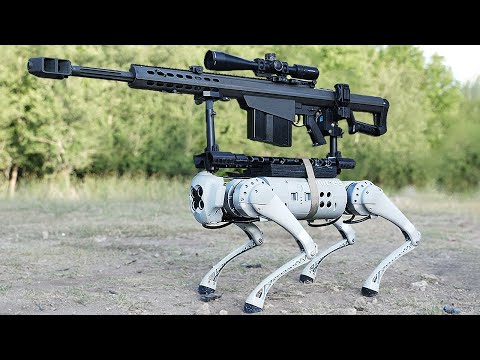 The guy who’s idea that was is an Ozzie, he justhad togo to the states to do it!
I mean obviously MP5 wielding robot dogs are a bad idea in class rooms

He does some pretty scetchy shit regularly. I like his videos and this was a good collaboration with some other good youtubers.

I want the dog

I want to watch it fight @Gregfiddich robot target.

I recon mine would handle the Barrett quite well. It at least wouldn’t fall over with a full auto MP5.

My favourite lines in the dialogue:
“Do you think we’re back far enough?”
“We’ll see” 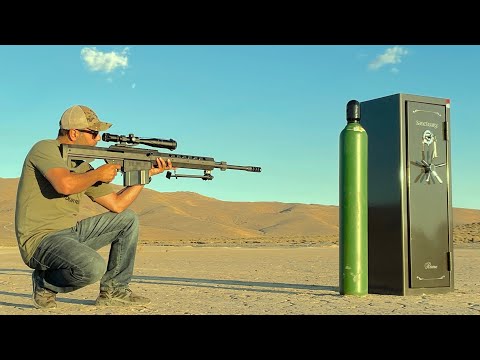 what a fucking idiot!

What does Cabron mean in slang?
What does cabrón mean? Literally meaning “male goat,” cabrón is a Spanish slang word roughly equivalent to the English bastard, badass, or dude, depending on context.

No wonder migrants have trouble with it.

Most likely, as you say, it’s “dude” in that context

They were really lucky not to get hit with a large sharp piece of metal. However on the flip side I wouldnt have expected such a fierce explosion either they were a long way back. Perhaps I will end up going that way given I may make the same choices. Dumbarse dude seems to fit.

The first mine I worked in back in the 70s used to use any operators who were on standby as labor for the shot firers, usually handling the ANFO hose to fill the the drill holes after the boosters and detcord had been put in by the powder monkeys.

Normal practice was to fill the 9 inch wide ~20m deep hole to within 1.5m of the top, then fill the rest with drill cuttings to prevent the hole from " rifling" or blowing upwards instead of forwards.

On what turned out to be the last time they used operators, one loader operator decided to give the shot a little spice and filled a number of holes to the top and kicked some cuttings over them instead of stemming them as directed.

The results were quite spectacular with several dozen chunks coming down on the crib hut and a 60kg block of Dolerite making it into the car park over a kilometre from the pit.

Luckily the only casualty was a passenger side window of one parked car that took some shrapnel off the block.

meh, they basically made a cold soda bomb.