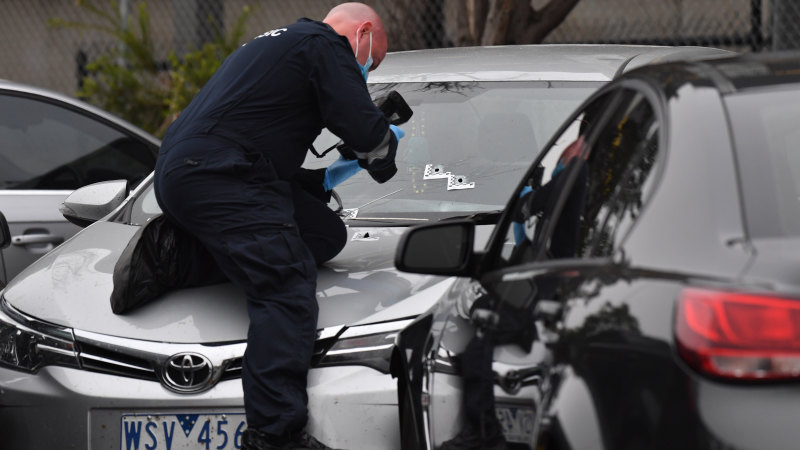 Senior police fear an "emerging gun culture" in Melbourne's north west may lead to innocent people being hurt after a string of shootings, including one by police, occurred on Friday.

No, no, we definitely need more regulation for LAFOs. This is working so well.

Yeah, must be funding time.

Do you reckon this is part of why they’re creating that new manslaugter by firearms charge?

Be easier than proving intent for a murder charge.

That’s for lawyers to argue.

How’s this tasty nugget from the comments…

We just had a senator all over the news for weeks because of a scandal, and all you journalists showed was her shooting a gun.
It had nothing to do with the story really. I must have seen her firing that Adler shotgun hundreds of times.
That is the pump action brand, multiple shot, devastating fire power, that no doubt has already leaked out of gun control into criminal hands.
Yes I know it was about a clay target shooters club. But you guys in the media had it on rewind and repeat. Again, and again.
And if it was a fat white ugly male, you would have thought twice.
It was titillating wasnt it - showing an attractive blonde Australian female firing a gun. Looking a bit sporty. Look at her, giving pump action shot guns to her kids. Just a bit of fun right?
Well, kids can fire air rifles. Thats fine.
Then graduate to a .22, in their teens. Kill a feral cat or two.
Thats the Australian way.
303’s are for thousand yard stare guys who have done time in Vietnam, or the Middle East, who know the devastation those bullets cause, and need to kill a wild pig from a thousand yards so they feel human for a few minutes, and feel like they are still giving service to the country they love.
But we dont need NRA gun culture in Australia. We dont need rapid fire, multiple death weapons.
So stop showing it.
And people running a clay target shooters club? Very white bread American.
Its not a sport. Its hard for me to throw a piece of paper into a bin at the office - but its not in the Olympics.
No wonder the toilets at the club weren’t working - who has time for that crap. Go and fight the drought or something. You got all our drought relief money. Do something smart with it.

Ahh there’s nothing like the delusional rantings of a mentally challenged loony to set the record straight for the masses.

That couldn’t really of been much better if spam Lee wrote it herself, lol.
At least now I know my 303 is good on pigs out to 1000 yards! Bridget McKenzie is a fox. In fact I believe I may have been ‘tittilated’ without consent.

As far as politicians go anyway, or should i say “former” politicians…

…and yet people listen to these idiots spout delusional rantings. However, no gun support in there? It’s all well and good for us to circle jerk here, but people listen to that and don’t know better. And there is always an influx of those and never from pro-gun. This is what I refer to as marketing. I would have expected all pro gun groups to be subscribers and have template unique responses. And to drown out the conversation. Hire PR staff, get (educated!) volunteers, whatever, but this is how you shift sentiment.

I feel like something is brewing… In Melbourne, for example, according to this article:

March was the deadliest month for gun-related homicides in Victoria since January 2009, with five people killed across Melbourne in four unconnected shootings in less than a fortnight.

This is bad, but in a country of 21.6 million (2009) this is not even a drop in the ocean, so to speak. Compared to, ooohh I don’t know, suicide, roughly 193 per month (current data); and for each death apparently there are 30 attempts.

Something is brewing, methinks.

But it would be interesting to see the stat’s on knife related homicides for the same period.

Glassing, mate Melbourne… Glassing is where it’s at. Ban glass you jokingly say. They did!

They have done that over here in some towns, go to the pub and drink from plastic cups and beer in plastic jugs. Some places don’t have pool cues or balls anymore.

Wern’t they saying about a month ago that there’s nothing to worry about? Then ordered 300 ar’s?