The only disciplinary action he should be subjected to is crimes against fashion with those sunglasses. 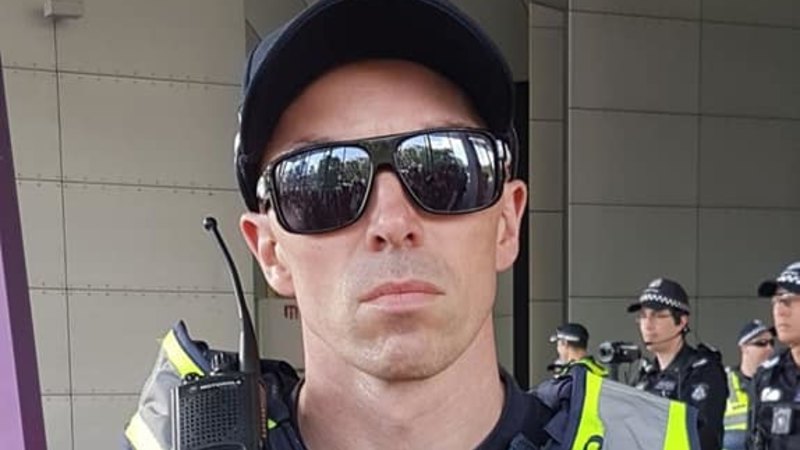 Victoria Police has confirmed the authenticity of the image.

I totally disagree. I expect our police force to enforce the law and sometimes that is going to involve using physical force, all good. However, I also expect our police to be professional and unbiased as they do their job.

He’s allowed to have an opinion but that opinion should not be on display whilst he is doing the job of enforcing a set of laws that he cannot pick and choose from.

Police, along with politicians, should be held to a high standard by the community. This makes this police officer, and by extension, everyone who wears that uniform, seem like an arsehole. And that impacts on how people think of the police force as a whole.

Also, sort of beside the point, but how dumb do you have to be to do this at a major protest which has widespread media coverage? Of course someone is going to see it.

I agree with you completely, @Nomis and probably more than you know. This is a bit tongue in cheek comment. Although, as someone who is in CBD every day, I feel like (although, probably not from law enforcement) that comment was totally justified (if it was coming form everyone else, but yes, you are right).

I agree completely, cops need to be neutral, unbiased and without personal opinion when doing their job regardless of what fools they have to deal with.

Now seeing that i’m not a cop let me just say EAT A DICK YOU FUCKING HIPPIES!!!

I’m with @Nomis here. Cops have a bloody tough job, but need to act professionally if they expect us to respect them. If they don’t, it’s a rapid downhill slide into chaos

I can certainly see it from both sides, but it’s always going to give me a laugh reading that sticker

Unfortunately, I think, the pop culture reference was wasted on the majority. Methinks. Now imagine the reporting if he had some anti right wing/pro antifa commie sticker. They’d fawn over him.