I thought I’d pop this project here, because, well, it’s pretty much made for shooting sports.

So… As some of you may remember, I was trying to build a DIY shooting camera and then the project sort of went silent. Not so much, I didn’t forget, I was just busy. Today I went through another iteration that I am happy with. I thought I’d share what I have to date. I had some time, so I rewired and changed components today… First a bit of philosophy behind the project. There are $600+ products on the market, however, looking at them I felt that they lack in design.

A lot of them have in deed a very nice software that highlights impact and shows it on screen, but I feel like I can do that too and a lot better, with a possible increase to budget of around $70 (embedded computer on the target end, still be hundreds of dollars cheaper). I’ll do that as version 2 of the project.

Ignoring software, all of these systems seem to be at the business end of the shooting range. A stray bullet, fragments and you are a sad camper.

The battery pack is not cheap, these is mine and once I test the range, I will use 4 x 18650, but for prototyping convenience this is good. I was actually running it from a variable mains power supply (12V DC) and was about to test range but something came up and I couldn’t. FPV/CCTV camera (AUD16.11) with wide angle lens – found on eBay or Bangood or somewhere where I buy project material. And an AV transmitter (AUD34.79 for receiver and transmitter).

N.B.
Could have been cheaper, but I wanted to try a different transmitter for another project, so I got this one, but for really price conscious, it could probably go down to $25 or so).

Both are generally considered expendable components (e.g. drone crash) and are reasonably cheap to replace. I will have a complete part list and prices when I am done.

Moving on, note that it is modular, so a bullet strike through one, means exactly that, one. Disconnect and replace. Unless it’s the power cells, then you’ll blow everything up and burn it LOL Again, modular, nothing special. AV receiver. 12DC power pack (this is not cheap, but this is what I have and will use, but cheaper batteries are out there, just no t in this form factor). Small LCD (AUD21.89) screen and that’s about it. I am not actually sure which LCD screen I used, I have a couple, but from transactions list, this was the latest purchase, so we’ll go with that.

Regarding the receiver. I have a couple. One I can connect directly to an Android device, for example, my phone, but I opted for a standalone version this time. This particular receiver has 2 video-out ports. For example, I could (and suspect I will) connect a mini DVR to record everything. This is a what you see on the screen. This is target backing board. I circled some 22LR holes for perspective, so it’s pretty clear. Happy here. I haven’t bothered to make everything pretty and neat yet. I will do that after I test the range and see if I could benefit from different antennas that I have or if OEM will do. I suspect OEM will do just fine to 500m+ LOS.

I later realised that shooters end will be enclosed, so I wired in a fan. Then I remembered that it will be enclosed LOL and I won’t be able to see if it’s working, so in went an led. I am conscious of price, as a matter of principle I want to keep it cheap. And as few components as possible at the business end of the muzzle.

In fact, the camera (exposed) is actually modular too. If the lens gets damaged by fragments, I can replace that rather than the camera. However, I think it will be cheaper to replace the entire thing.

Overhead, maybe AUD15 for various speciality connectors and switches, I need a few for a different project, so the cost is actually half that, but we’ll go with $15 for now.

Come up with a target end mount.

Come up with an elegant enclosure for both, target and shooter end.

Good job JS. I will be keen to see how it turns out. Being able to record would be a huge benefit.
I can also see another potential use for the camera and screen… 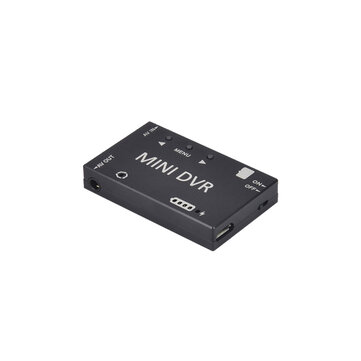 What do you mean? Explain?

I bet you were having dirty thoughts…

Mounting the screen to the wall behind and to the side of my new press (when I get it) and the camera mounted to the roof looking into the case feeder and bullet feeder so you can keep an eye on them.

Was going to do it with an old monitor but I think it would be too big. Your idea is better and I can run it from a 12 volt inverter.

Couple of things. You’ll need a light source. Also, this is not the camera to do it with. You could try, but there are better options for your application. And you will need to make a mount of some sort. Ball joint is the best here.

You should also look into a digital counter, something like this: 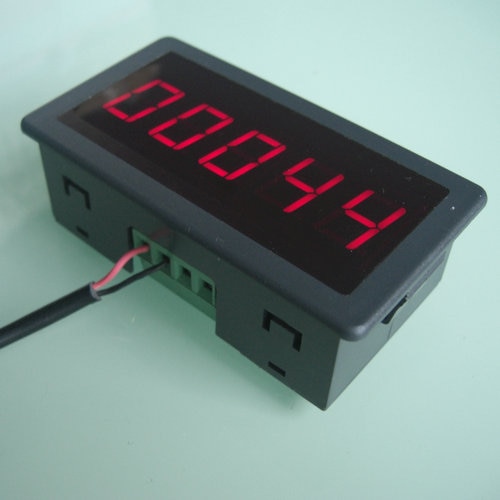 There’s a type of switch, I have a few, but I forget the name, I will post details if you keen, when you get to that point. Requires me to go to garage and dig them out…

auto reporting, etc. So many possibilities.

Ooooo and I saw someone post another things when they mount an LED on the bottom and camera or something on top. That way you see if you missed a primer (when the colour on the screen changes due to light shining through).

Actually now that I think about it, I think that’s not elegant at all. You could keep the led, but swap the camera for some sort of light sensor relay hooked up to an alarm/buzzer.

Cool, will definitely have a chat when the time comes. My original thought was that I could keep an eye on the feeders for any potential problems and also see when they are getting low and need topping up.

I like the counter idea, would be a good way to keep track of reloads etc.

…but why stop there! Lasers man! Lasers! Freaking laser (no sharks, yet).

Now that I like, a lot better way of doing it.

Could be a good little side line for you, making them and selling.

While I do give you credit for having a go at this, I put a $ value on how much time I spend on “projects”.
I just bought one off this bloke.
https://www.ausprecision.com.au/
It works out to 1000 yards which means I can go out the back paddock and test loads and practice with my long range black powder guns without the need for a spotter. The bullet print at 1000yds is neigh on impossible to see with a spotting scope anyway. Been real happy with the camera system.

How much was it, @danmac?

That’s exactly what I’m building and judging from components, that’s spot on. Fair too. If I was to sell one, that’s a fair price. I like it. May cannibalise this project and maybe just buy.

Even that black pelican case looking box, I have a yellow, but exactly the same, that I was going to use lol

Just goes to show, no matter what or how, somewhere there’s always a someone who already thought of it first lol kudos

Hrmmm, maybe not. They are still using wifi. Need to see how they do it.