As political campaigns are ramping up and this doughnut grabber is slamming social media… I thought I’d share this: 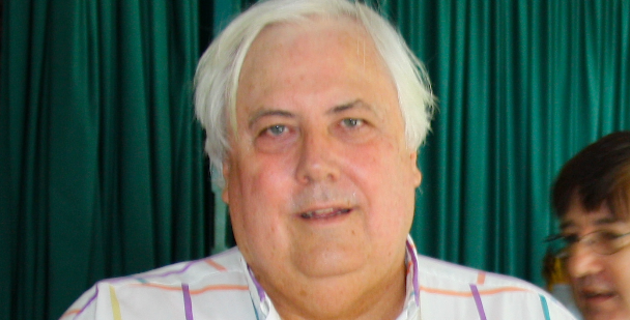 Clive Palmer has cited his opposition to guns as one reason Palmer United Party will not be merging with Katter Australia Party any time soon.

We are well into f*ck-you vote territory. So, if you are doing a protest vote, make sure it’s not going to this arsehole.

Clive has always just been interested in what’s good for Clive and not regular Aussie, just look at his titanic debacle!

I am surprised that with all of the crap that he has caused they still allow him stand. Doesn’t he still owe mega dollars in pay to his workers?

The fact this wank stain piece of crud is not rotting in jail let alone being able to involve himself in politics shows just how rooted our "system " of government really is!!!