News story a bit vague on exactly what constitutes an “assault style” weapon. I know Canadian politics has little to do with us, however it is just another example of the wider shooter / hunting community being punished for the actions of one lunatic. Striking similarities to what happened here in the mid 90’s and in NZ quite recently.

They published a full list of the over 1000 firearms they banned.

The concerning thing is it didn’t go through all houses of parliament, it was voted on in the prime ministers cabinet only.

The guy didn’t use an “AsSaulT WeApON” , he used fire, a cops pistol and possibly a shotgun. We know if it was a black semi auto they would have already told everyone that is what was used.

Another restriction they had sitting in place waiting for the perfect time. Like every other country in the Commonwealth.

Another restriction they had sitting in place waiting for the perfect time. Like every other country in the Commonwealth.

Wondering if the next election, next person will campaign on repealing this.

Doubt it, but i think they were fairly successful with scraping the firearms registration so maybe.

It just bugs me when politicians use events like that to pass law. If it was a sound law then bring it in whenever it was written or thought of. Don’t use an event to prop it up.

Same as the license identity stuff over here. Don’t wait 5 years until you get a chance to slip it through. Let people have a vote when sound of mind, how democracy was intended. Not juice up the population with fear and then do it.

The overall list is deceptive, in that, it lists a lot of models… Below is the succinct list:

So it does seem he meant exactly what he said. Interesting. Harsh, but certainly not draconian. Other than AR variants, because a lot of people would have it there. For example, SKS is not in the prohibited list. And I can see this prohibition in general being very prone to bypass, because there are many other manufacturers and even the same manufacturers who just need to adopt an existing rifle to take magazines… Not to mention a bunch of other semis…

If anyone wants a really interesting comparison between general attitudes towards guns in Canada Vs Australia, go and have a look at the Canada subreddit. This is the top thread and people in there are PISSED. Heaps saying they aren’t gun people but this is bullshit politics.

It turns out that Canada has a big issue with guns being smuggled in from the US and heaps of that trade goes through first Nations settlements on the border. Tackling it is politically tricky because no PM wants video on the news of white cops rolling into an indigenous settlement.

Only one gun in the recent shooting in Nova Scotia was bought in Canada, and that was the handgun, which no one is considering banning. His two long guns came over the border.

I am wondering if the situation in Australia is just the future reality for everyone.

These would be pretty popular in Canada and very available illegally from the US. The police minister even admitted that the last law they wanted to put in was just not going to achieve anything and was only a feel good law.

Those semis above would cover a large nearly all semi auto rifles in looks some way or another. It is often just about were the magazine release button and safety are located. Really those features being standardized on many firearms helps users operate thier guns safely as they are familiar with the layout and operation.

He did say all military style weapons… Interesting to see how it plays out.

They will just keep chipping away one mass shooting after another

These are additions to an existing banned list. Ak’s have been already been banned for years for example.

Make all the laws you want, leaf! Detroit is just across that bridge!!!

Seen the list today and the best bit is they have banned AR15.com and the Black Rifle Company. A bloody web site and a coffee company. 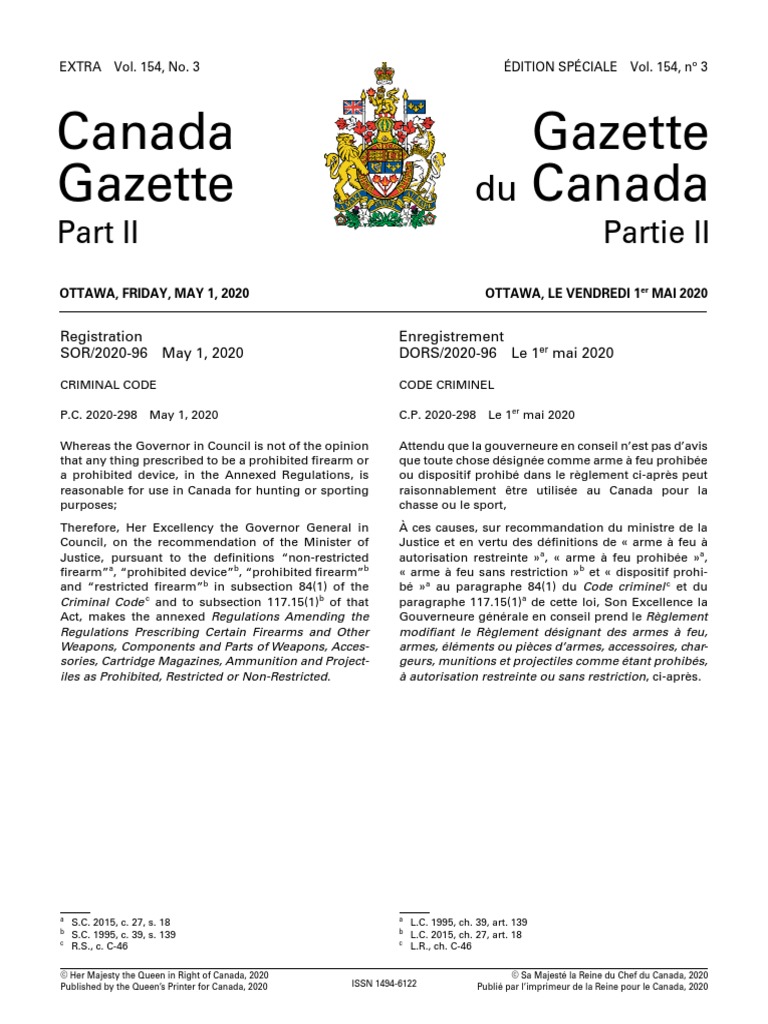 Wow, banning the Black Rifle Company is just disgraceful, if it’s not an error. What specifically is banned?

All the firearms that they make

Seems to be in error. The whole thing is really odd. They’re banning AR15s and AKs but you can still have an SKS or M1.

According to the wording of the new regulations it would seem that 10 and 12 gauge shotguns are banned but then none are mentioned on the list. Some people are saying that they only mean these regulations apply to rifle but the government hasn’t clarified that.

It’s made weirder by the fact that apparently the government was already planning to do this, it isn’t just because of the recent shooting. But if that is the case, why hasn’t any of this been checked over for obvious issues?

that apparently the government was already planning to do this

Not apparently, I am pretty sure that it was part of Trudeau’s election campaign.