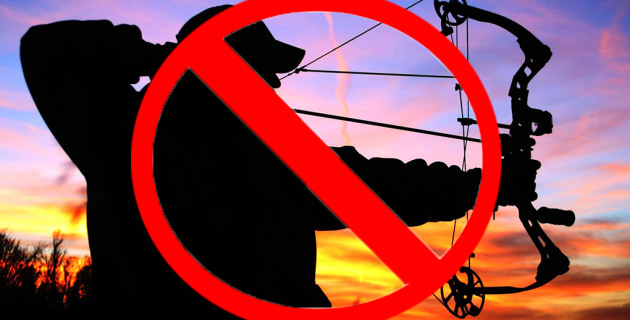 Minister for DPIPWE, Peter Gutwein has today swallowed the bait offered up by animal activists and officially banned ALL bowhunting activity in Tasmania.

Hope they a ready for a sharp increase in firearms licence requests!

Ya know I sit in wonderment some times and wonder ‘‘Really’’ how sane are these people running the governments always knee jerk remedies or is this a lead up to banning hunting altogether like now the bows then all they have to do is find a bullet hole in an animal then ban the gun for hunting I don’t like seeing injured animals either but you’d see more animals injured by cars than by bows per year then there 's the domestic dogs ,cats, which I think should have tighter restrictions on we have people up here with 3 and 4 dogs who shouldn’t have 1 dog or cat let alone 4 but ahh well I think this bow thing is a ''Vote - Hunting -weapon thing rather than a real problem

It really makes me wonder where things are going to end up in say another 5-10 years.
I don’t know if it’s just me but things seemed reasonably stable for ages, then in the last few years it feels like there’s a renewed push against hunting/shooting.

It’s magnificent propaganda for the Tasmanian Government. Find a wounded animal, proof , displayed in all its gory glory. Outrage from certain groups. Hand wringing soccer mums that never even knew bow hunting was a thing get on board.

Government knows Bow hunting community is small. Will gain more votes from vegans and soccer mums than is lost from bow hunters. Government can get law passed easily because no pissant politician wants to be seen as endorsing an act of cruelty.

Government is seen to be doing something when in reality it just fks over a small community that otherwise wasn’t bothering anyone. Anyone who stands up is howled down as a sadist with a small dick. Hunters lose, government and animal rights feel like that have won. New criminals created by a portion continuing to bowhunt.

And if you pay attention, those weren’t hunting heads either… Looked like cheapy target arrows. Which already points to the fact that it was done by arseholes who are not going to get impacted by the ban in any way and will continue to do that… But, gosh, didn’t we win some votes. I just hope that all bow hunters apply for firearm licences now.

Next step licence for Bows

I have followed the seeds of this a while ago and yes, @Supaduke there are certainly cucks out there who have suggested that each arrow needs to be barcoded and tracked. This is the type of short sighted dimwitted people that we are up against. They yell the loudest. They make the most noise and government listens, because, well, they are shortsighted dimwits.

Some publication that I read a while ago stated that hunting injects 400M into VIC economy annually. That’s just hunting. What about sport shooters?

I’d ask a different question to these chronic dole recipients, would they still be as loud, if loss of that funding reflected on their income?

I had a conversation with someone in the office the other day about protesting… And we came to a conclusion that here we are in the office, working… And there they are, sitting on a street protesting, because dole…

Anyway, I am getting a little angry now, so time to go do something else.

Look you all need to calm down a bit, this is all for the best!
In 1643 the government made it illegal to kill people and we’ve all lived in peace and harmony ever since. Now that can be extended to all wallabys, except the ones that will still get shot !

The reality is SFA has changed in Tasmania, you couldn’t hunt deer or wallabies with a bow before all of this, so it’s really only pandering to the noisy by banning hunting rabbits with a bow. Therefore the feel good success factor will be several orders of magnitude higher than any benefits for animal welfare.

The licence for hunting bows thing comes up regularly. Nothing new there. Difficult and costly to implement, and will just mean people will buy black bows for 3d archery instead of camo bows for hunting…