Interdasting. 22LR, uses a 22 Short case loaded with enough stuff to send a 60gn projectile out the barrel at 950fps. 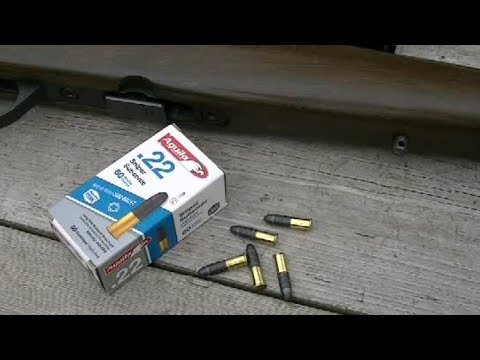 Those hands really need some moisturiser.

The usual twist rate in a 22LR rifle may not be sufficient to stabilise these long projectiles.

What I was thinking.

I wonder what the twist rate of that “Norinco 552” Anschutz copy in the video is? Seems to shoot them well enough, especially for a USD$250 rifle.

Well i can tell you that they dont stabilise at 50 in christensen arms ranger. Norico jw . Savage mk11. Sako p94s Or the old stirling either . Was a bit of fun though

I saw them and then I saw the price and thought, that’s weird. It’s almost as if, well, not almost, is, shops trying to market them like they did savage A22R. It’s cheap budget bulk ammo, but sold for some astronomical price as if it’s some sort of awesomeness… And hey, if it’s expensive it must be good.

Thanks for that info. Ill probably never get to try it out in the Brno or the Ruger unless I do a big ammo purchase from interstate.
Hmm…Ill just go have a look in case.

After watching that video, then reading all manner of comments on the web from other users of this round, I still don’t know what to think of these in light of the results I had.

One could be forgiven for thinking that a Lithgow would shoot better than a 2 bob Norinco but they seem to perform way better in the cheapy.

My original thought was they might have been clipping the bling on the way out and that was causing the tumbling but they do exactly the same thing with a bare barrel.

Anyone got any theories on this weirdness?

Horsely has them, if they weren’t over 200km away I’d give them a run myself.