I have never seen one in the flesh and I could almost guarantee that if I ever came across one I wouldn’t be able to afford it without selling my house. But that doesn’t mean I’m not allowed to dream. 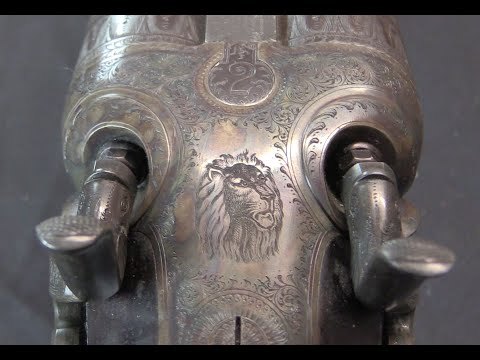 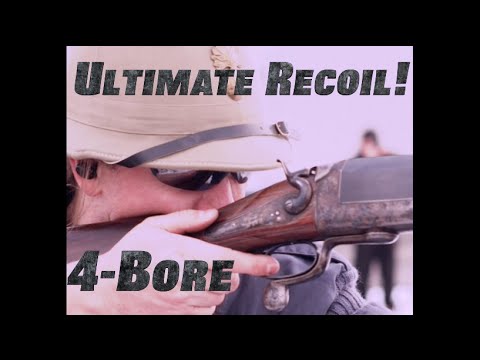 I’m guessing that there probably are some 4 Bores in Australia as Bruce Bertram makes brass and CBE in QLD make molds for them.

I know i’m probably just compensating, but man would I love to shoot one of these.
what do you guys think, would you give it a shot?

The middle video… That rifle sold for 14,950 Trumperoonies. And oh my, I’d certainly give it a go.

$14950 is very cheap for a stopping rifle, I have fired 8 bore stoppers, thanks to members of the Big Game Rifle Club, and they are not as wicked as you may think, more of a gigantic shove, like a Boys Rifle, than a ferocious kick like the German Panzer Gewehr or a 575 Nyati. Even so, a one shot kill is needed, or a cold drink and massage, before the follow up shot! As for price, the owner paid $45000 for the 8 bore and $65000 for the 500 Nitro double. Great to have had the opportunity to use but really not for me.

I would give it a go, bruises heal after awhile

Would love to shoot a rabbit with one!

Definitely. Heres my missus with one I think I am over my youthful days of wanting to try all the big things. Not saying they arnt fun. In fact that Arizona gun show shooting all the full auto guns looks a ball. But for regular everyday shooting 50 cal type recoil is just not enjoyable for me any more. Shooting a M60 or AK47 I am like a bull at a gate great plinking guns.

@sungazer they are definitely not every day plinking guns, at least not if you like your limbs in one piece.

Out of curiosity, at what does it stop being a rifle, and start being a hand cannon?

When it gets so heavy you put wheels on It, Lol, until then it’s just a toy

So nothing to do with the diameter? Just how cumbersome it is?

I’d say them there be cannons!