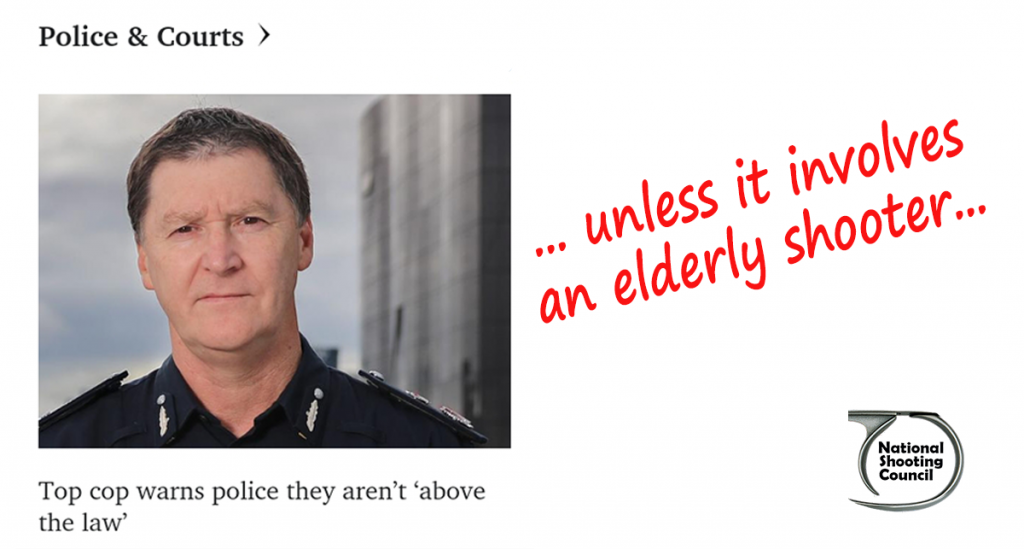 Remember the story the NSC released on April 28th about Stuart Hart, the 79-year-old Victorian Shooter who was seriously injured during a VicPol firearm storage inspection?

Here’s an update and it further strengthens the need for NSC membership now more than ever.

The day after the NSC broke Stuart’s story, sections of the media approached Victoria Police’s Professional Standards Command (PSC) and were told that PSC had “cleared the officers involved with Stuart of any wrongdoing.” 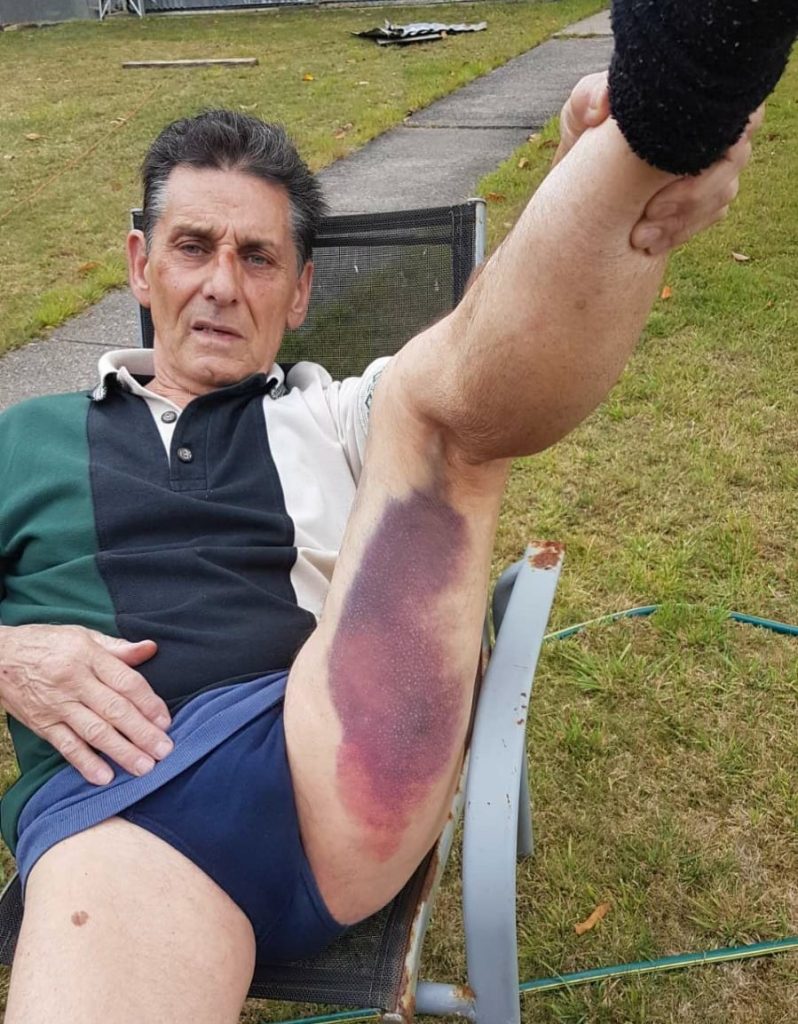 Whilst VicPol PSC’s response isn’t surprising, it was remarkable because: (a) Stuart hadn’t even lodged a formal complaint to PSC , (b) no one from PSC bothered to contact or speak to Stuart to “investigate” the matter and (c) in the space of 24 hours PSC had apparently reached its conclusion with what must be record time.

In Victoria, a complaint against Police can be made either to VicPol’s PSC or the Independent Broad Based Anti-Corruption Commission, known as IBAC.

If a complaint is made to Police PSC first, IBAC refuses to allow further complaints RE the same matter, so knowing this and armed with legal advice, Stuart put in a formal complaint to IBAC itself and waited.

Stuart sent his complaint directly to the head of IBAC itself, Commissioner Robert Redlich QC., However Mr Redlich has failed to send an acknowledgement even, yet alone a reply.

Undeterred, Stuart again sent a query to IBAC regarding his complaint and is still waiting to receive any kind of reply.

Stuart also wrote to VicPol Chief Commissioner, Shane Patton about what happened to him, not once but twice, only to be similarly ignored!

You may recall Stuart’s local Member of Parliament Bev McArthur MP, was strongly supportive of Stuart and raised Stuart’s case in Parliament asking questions of the Police Minister.

With Stuart not having any kind of response from either IBAC or the VicPol Chief Commissioner, Bev has written to the head of IBAC asking for a response and is waiting for a reply. This is more than has come from the SFFP’s Jeff Bourman who we understand was asked to help Stuart, but has not done so.

VicPol has certainly been the subject of much criticism lately given its behaviour and willingness to use excessive force against its own citizens and rightfully so.

However, it is deeply disturbing that the organisation that is there to deal with such complaints has remained silent in Stuart’s case for reasons known only to itself.

IBAC has repeatedly publicly called for more funding and resources from the Victorian Government, calls that have been repeatedly denied by the Andrew’s government.

Stuart is a very determined individual and the NSC will continue to support him in his fight for a proper and fair investigation into what happened to him.

Of course, we will keep you updated of any news in Stuart’s story as soon as it happens.

Stay up to date on news affecting shooters. Join the NSC to help fights like Stuart’s and others who we support through our legal actions and advocacy

Maybe some group of people should write letters to their Victorian newspaper of choice in order to bring light to the situation that an organisation like IBAC is asking for funding but not doing the job it’s supposed to.