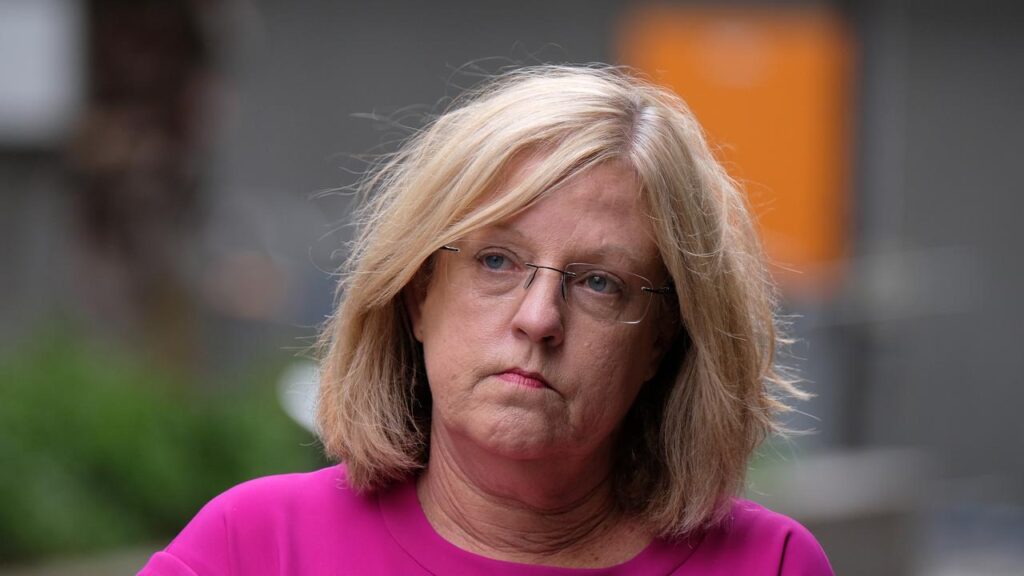 The latest changes will allow police to ban shooters from holding firearm licences for at least 10 years – for getting nothing more than a speeding fine.

People hit with a ban will also be subjected to warrantless searches of their homes or cars at any time, and barred from going to any place where guns may be stored or used.

This is a major backward step for shooters – but the good news is that the NSC is well placed to fight this, which is why we need your help.

Who will be able to impose the bans?

The legislation that was introduced into the Victorian State Parliament by the state’s Police Minister, Lisa Neville (pictured above), is called the Firearms and Other Acts Amendment Bill 2021. As it stands, the bill proposes that the bans will be able to be put in place by officers at an operational level.

These include inspectors in the firearms registry who run the place and will not have to explain their actions to anyone.

Once a ban is in place, the laws will allow any police officer to search the shooter, their home, their car or any person with the shooter, without a warrant.

How it would work

Imagine if you received a COVID or speeding fine.

From previous experience, Victoria Police has seen these as being sufficient to suspend firearms licences.

The new bans would permit any bad ‘behaviour‘ – potentially simply having an argument ver the fine or suspension – to be sufficient to hit you with a ban.

This would subject you to searches until 2032 – and you would not be able to appeal the ban until 2027.

All for copping a simple fine.
Or for no reason at all.

You also cannot change address without risking a year in jail if you don’t notify the police within 24 hours of moving.

You will also have no right of appeal for at least the first five years of the 10 year ban.

Could you get a ban?

It means if a relatively junior officer of Victoria Police does not like your ‘behaviour’, you could easily find yourself getting one of Lisa Neville’s new bans.

Copping a COVID fine, for instance.

Could the law be used to stop political activities?

Isn’t this actually about stopping criminals?

When will the laws come into effect?

Here’s what you can do

There are two things you can do to help us fight this, especially with a state election in Victoria due next year.

The first is you can make our voice stronger by becoming a member. In fact if you are a Victorian who wants these laws scrapped, then you really don’t have any other options.

HELP US GET CHANGE

Let Victoria’s Police Minister know that the changes to the state’s gun laws are not on. Click the orange box to send her an email now!

(this should open your email program, if you have one)

We’ve FOI’d the government about consultation

The NSC has already put a Freedom of Information request into the Government to see which shooting organisations may have supported these laws – or alternatively if there was no consultation at all.

We’ll let you know what the result is.

The bans are an extension of laws the government introduced in 2018 but were limited to being put in place by superintendents. Called Firearm Prohibition Orders, they were originally touted as being aimed at criminals, and bikie gangs.

At the time, Civil Liberties Victoria expressed real concern over how the laws would be applied.

However that has now changed. They are now being delegated further down in VicPol, making it easier for these laws to be used against us.

It’s why shooters who supported Labor at the last election need to change their vote.

That all seems fair enough! In communist China anyway…

I wonder if they’ll ban me for this post, we know they read the forums.

Its simply draconian discriminarion…might be time to move states

Was she a union goon in before politics? Looks like the usual ‘ask for the whole hog to get the ham you want’ approach.