National Shooting Council
NationalShootingCouncil May 9, 2021, 7:49am #1 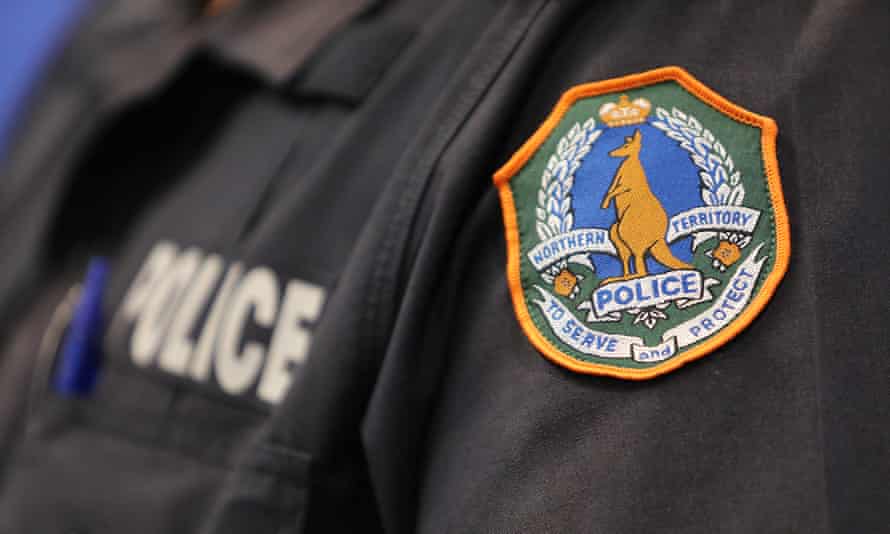 A SIGNIFICANT NUMBER of shooters believe that we should be able to have firearms for self-defence.

Even those who disagree couldn’t argue that there can be times when you need to be able to use a firearm to defend yourself.

For example, when someone comes at you with a knife.

You might recall the story of David Dunstan from 2017 – the NSW farmer who lost his guns after grabbing his gun to stop a knife wielding intruder at the back of his property, even though he (David) did not use his gun.

His wife had called the police – but they were a good half hour away, while David had to act quickly to protect his family.

David’s ‘genuine reason’ was that he is a farmer, yet he was thrown into a situation when he clearly had to protect himself – and a legal battle to get his guns back.

NOW we have a similar story from the gateway to the Red Centre.

One evening in late April, “Ron” heard a commotion near his house and saw that his neighbour had been stabbed in the back. She was laying in a neighbour’s driveway, quite motionless with Ron fearing the worst. 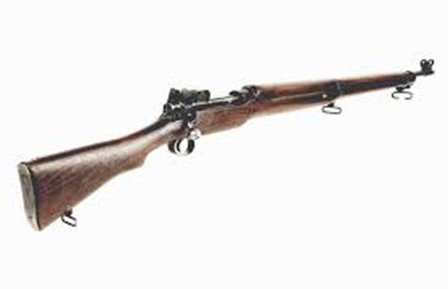 Another neighbour called an ambulance while Ron grabbed his first aid kit – and his 1917 Eddystone rifle – an Enfield (similar to the one pictured here) and ran to help the victim.

The gun had rounds in the magazine but was unchambered and had the safety on so could not be fired.af

It was just as well Ron was there because he was an experienced first aider.

However, it was night-time and an assailant was on the loose in a town that had been dubbed the ‘world stabbing capital’.

It was a dangerous situation for Ron to be in, so having his gun with him was the insurance he needed to make sure he didn’t become the next victim.

Ron gave his neighbour first aid (with the gun on the ground nearby and under his control) until the ambos turned up when he let them do their bit.

The police rolled up around the same time at which point Ron let them know why he had his rifle with him. The officers told him to get the rifle out of there, which he started to do by heading home.

Other officers who turned up in another car stopped Ron and seized his firearm and licence. They returned the next day to take his other guns and ammo. All without providing any paperwork.

Ron is understandably concerned about what happened, so turned to the NSC after being advised by Shooting Stuff Australia.

The NSC then turned to the Northern Territory Firearms Council who kindly recommended a top local lawyer who the NSC has hired to help Ron.

On the lawyer’s recommendation, we are unable to say what happened to next or what the legal approach will be. However, we intend to make sure that this matter reaches the right legal conclusion.

Sure, we get the problem when people carry loaded / chambered firearms in public, but the reason it was required in this instance is self-evident.

As we saw with David Dunstan, Ron only wanted to make sure he was safe. His only option was to stay inside and let his neighbour die. Except that this would have been illegal.

The NT’s Criminal Code Act imposes a ‘general duty’ on people to provide assistance to persons in need of it.

Sydney Criminal Lawyers state on their website that “Failing to help a person in danger has now been made a crime in the Northern Territory”.

The site says that the Act “now imposes a general duty to rescue, stating that any person who is able to provide rescue, resuscitation, medical treatment, first aid or succour of any kind to a person who is urgently in need of it and whose life may be endangered but “callously fails to act” is committing an offence.”

The penalty for not complying is up to seven years imprisonment.

Ron had no choice.

Good luck with this one I hope that it goes well for him.

If it goes before a jury, as in if it makes it that far, I’d say Ron is in good hands

People are fed up. It’s so annoying that when you are being victimised, or the potential for it to occur is very likely, you are the one worrying about what the law and it’s 20/20 hindsight will do if you defend yourself “too much”. The perpetrator on the other hand gives zero fucks about the law. It’s a strange situation to be in having been there myself recently and I still try to reconcile why I was so concerned with breaking the law to protect myself and my staff while some piece of shit goes about their criminal business without a care in the world.

The topic of self defence has been discussed many times regarding firearms and use of lethal force. It’s complex and nuanced and often gets people a bit upset.
Bottom line, you ARE allowed to defend yourself or another person with PROPORTIONATE use of force.
This is where it’s gets messy.
Height, build , age and gender of assailant and victim are considered.
Mental state
Time of day
Etc etc.
You CAN use up to and including lethal force on an assailant if the threat to your life is imminent and immediate. Again this is where it’s gets messy and nuanced.
The law takes precedence over justifiable acts of violence , including homicide.
It’s illegal (for the average joe) to carry a loaded firearm openly on a suburban street.
It’s illegal to threaten someone with a gun.
Safe storage requirements also muddy the waters.
Difficult to justify an immediate threat if you had time to go to the safe and get bombed up.

The illegal act takes precedence over whether or not the act was justifiable. That’s why you have your day in court to explain yourself.

Also people tend to want to take it too far. Essentially wanting to shoot first ask questions later if anyone is caught on their property.
I fully understand the desire to be able to arm yourself for protection.
It’s also important to understand the law and the way it is written to deter vigilantism but allows for you to defend yourself if the genuine need arises by whatever means necessary.

New Zealand Prime Minister Jacinda Ardern says police believe it is unlikely the stabbing attack at a Dunedin supermarket was an act of domestic terrorism. police say four people have been injured, three critically, in a stabbing...

The bit that pisses me off is that you have seconds to make a decision yet the cops etc have hours/days/weeks to determine if you went too far or used too much force.

A bunch of overpaid unelected c*&!s with 20/20 hindsight. What could go right?

Yep and if you look at the last couple of situations where this kind of thing’s happened (like the bloke who choked out the meth fuelled home invader), it cost them their mental health, their house, their marriage, and several years of their life to fight for their innocence from a fucked system.

The system not advocating this behaviour is one thing but doggedly and vigorously trying to destroy the lives of the real victims of the situation which was brought about a criminal forcing them to defend themselves is quite another.

It’s so wrong it makes you think if it ever happens to me i’ll just shut my mouth go fishing and dump a scum package somewhere off the continental shelf.

I’m sure NSC will put up a thread but just in case… This bloke has now been charged and NSC has setup a Gofundme page for Rons legal funds, come on fellas, cough up 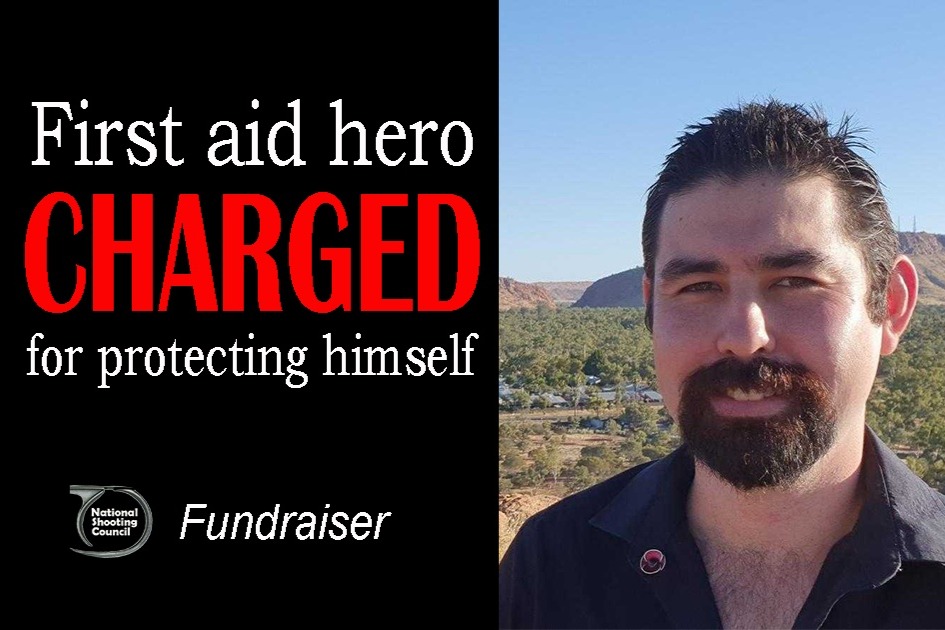 Fugg, I feel lighter for some reason.

Good on ya mate.