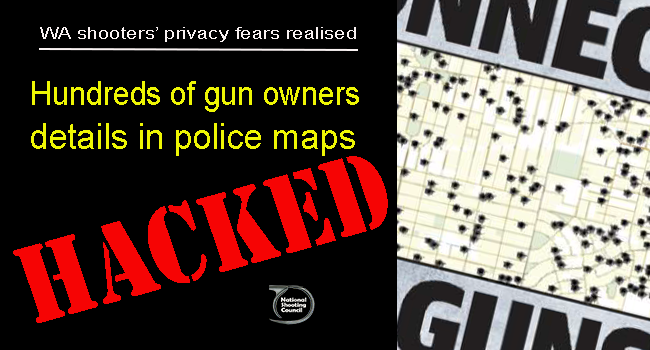 The NSC has obtained proof from a cyber security researcher that the ‘de-identified’ maps that WA Police published in March can be used to identify where firearms are stored.

The maps, which were originally identified with dots that The West Australian newspaper then added ‘bullet holes’, have been used by the engineer to extract addresses using Google Maps, open-source software, a script, and a small number of hours.

Click here to see our original story on the maps.

The researcher’s advice is that the process can be used “with extreme precision” and is based on publicly available data that can be used by ‘bad actors who will sell this data on the dark web’.

The researcher provided a list of addresses to the NSC which we have now provided to WA Police for them to check against their database. The addresses are ‘partial’ as we did not want to hold the full address information.

We won’t explain how this process works for obvious reasons, but will explain it to WA Police if they respond to our information. We have copied our advice to WAPol to the Office of the Australian Information Commissioner and WA Police Minister, Paul Papalia, for their information and action.

We also explained to WA Police one urgent matter they need to attend to, to reduce the risk of this happening. It is incumbent on the regulator to act quickly to protect the information they have from falling into the wrong hands.

WHAT WE CAN SEE

Here is an image created from this process. This image is of poor quality because we have lowered its resolution to reduce the likelyhood of this location being known. However you will still see a small red dot in the middles of each of the blue patches which pinpoint the locations.

The details that have been redacted are locations, street names, and house numbers.

Do not email the NSC about this. Instead, please email Papalia by clicking here, urging him to immediately refer the matter to WA Parliament for a full investigation of this matter. He needs to hear how upset shooters are about this clear and careless use of data by his registry. 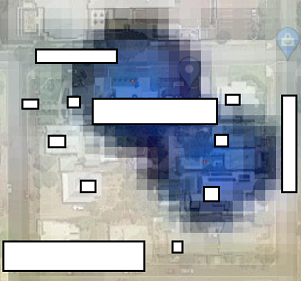 You can support our work by joining the NSC here

Perhaps it should be followed up by the Federal Police or polies as they are the only ones that can really hold a state to account.

…and every news channel.

Might work on the east coast but the propaganda division over here have already had cranky letters sent but responded saying it was a good idea to run it and they were shocked with the number of guns on the “streets”.

I think it’s time for you guys to put us out of our misery and forget the west is even a thing anymore. You should come here @Gregfiddich, seriously, I mean… The other bloke wasn’t home but his neighbour confirmed he was a fellow shooter.

I put in several complaints to politicians and the police and got absolutely zero response except a phone call from my local member and an email addressed to someone else from “licensing reform project” telling me I was fear mongering.

They know they fucked up and are burying their heads in the sand.

I still appreciate both the shooters union and NSC carrying the torch on this issue but I am beyond frustrated by our so called institutions and the total lack of response.

All I wanted was an acknowledgement and an apology.

Since that wasn’t forthcoming I purchased three more firearms and some extra security devices and cameras.

California gun owners have been put at risk by the Attorney General’s office after a new dashboard leaked their personal information.

Yes, it get two jobs done. Gun owners get in trouble and harassed abd look to be at fault because their storage wasnt enough to stop thieves, and then more gun crime is comitted with stolen firearms.