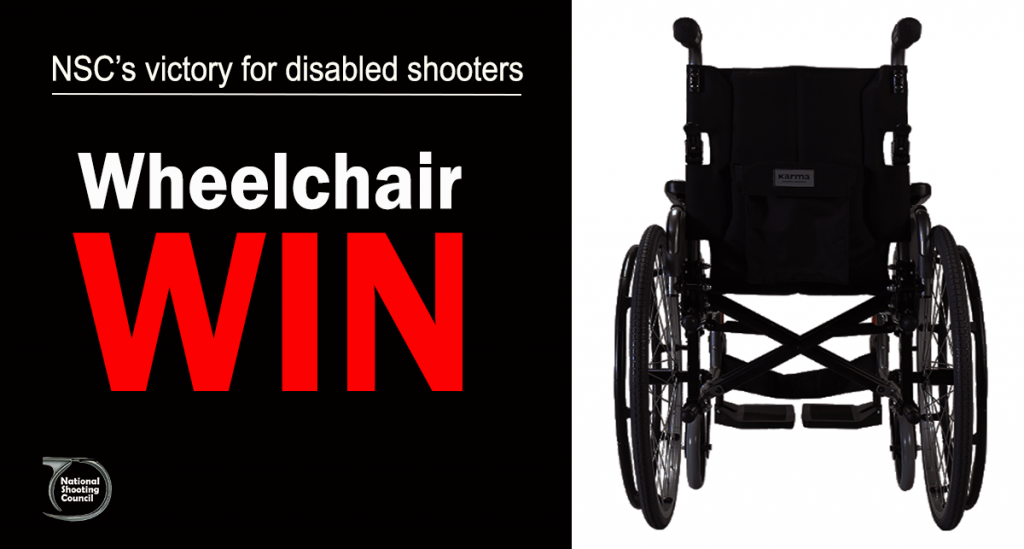 THE NSC HAS HAD yet another win in a legal case, this time for our disabled shooters.

Readers might recall we published this story about Patrick, who was confined to a wheelchair.

NSW Police had barred Patrick from being able to store a handgun at home out of fears that he would not be able to safely secure it, even though he could use a safe at his local range.

As we said in the story, Patrick is not his real name. In a recent NCAT case, an order was put in place prohibiting the publishing of his name due to security concerns. The order requires us to refer to him as FLO, which is what we will do.

This is a story of triumph over the NSW Police, who still hold the view that disabled shooters are not capable of looking after firearms properly.

It took an NCAT case to get justice.

NSC TAKES THE MATTER TO NCAT

The matter, which was heard by Emeritus Professor Geoffrey Walker, was filed in July 2021.

The NCAT heard how FLO’s cat H licence had a condition that his handgun but could only be stored at his local SSAA range. The reason given by police was that the applicant suffers from a serious health condition that limits his mobility and he requires a carer to assist him at home.

When the special condition was originally imposed, FLO applied for an internal review of the condition on the ground that it was “without basis”.

The condition was reimposed on 21 May 2021 when FLO renewed his licence. Another internal review was sought, but a decision was not made within the required 21 days which is when we took this matter to NCAT.

ABOUT THE NSW POLICE

The original position of NSW Police was summed up with this position.

NSW Police knocked back a proposal to settle the matter with a modified condition.

Through the NCAT process, they eventually agreed to another proposal which mirrors how FLO would prefer to operate. Discrimination by the NSW registry continues

To add to their insult, NSW Police doubled down on its view towards disabled shooters with this statement in its submission to NCAT:

NSW Police also tried to raise questions around whether FLO could install a safe at home, given he is a tenant. This was refuted, however it was clear that the police, at several points, dug at depths they would not go to for able bodied shooters.

They fought every step of the way. Fortunately, they lost.

The final decision, which was recently published on the NSW Government’s case law site, came down in FLO’s favour, but with some conditions. They are that:

NSW Police did not agree with this – and we would have preferred there be no special condition, as is the case with other shooters.

However the condition reflects how FLO intended to carry his gun and is what we put forward – which makes this a great win.

NSW Police’s starting position was one of assuming that FLO could not carry or store a handgun without any evidence for no reason other than he is in a wheelchair.

It would seem their view remains unchanged.

Thanks to your support, we’ve been able to get this outcome. Thank you also to all of those who support the NSC and donate to its work program. That’s why more and more shooters are supporting what we do.

Well done. Imagine trying to discriminate in any other context? You’d have the ABC and the greens going bananas.