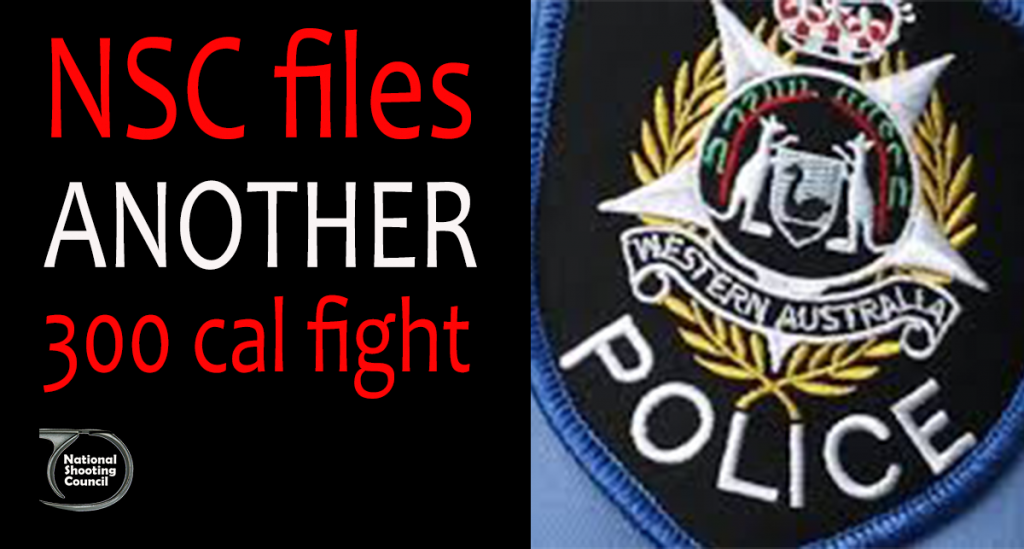 THE NSC HAS launched a new legal action in WA on a shooters right to have access to a calibre required to do pest eradication.

This is the second matter the NSC is sponsoring on calibres, which is in addition to the three other current matters it has going on reclassification out West. In all we’ve filed nine matters out west, with five current, and WAPol yet to win any of them.

In this latest matter, the shooter, Greg, was denied a licence for a 300 PRC on grounds that are similar to those that led to the filing of the other calibre issue we’re running, which was for a 300 Win Mag. That case was started by another shooter, but we are supporting through our legal team.

Again, WAPol are arguing that the shooter does not need the calibre, so we’re going to argue that they are mistaken.

The first directions hearing is scheduled for 21 May – just a couple of weeks away.

For shooters not familiar with these calibres, they are not the same. The Win Mag has less recoil and rifle weight, while the PRC uses more energy on bigger game and is better for extended ranges.

Support the fight: keep your licence!

The NSC continues to lead the way in launching legal fights to make important political points to the major parties that they cannot treat shooters in this way.

Not only can you support this by becoming a member, but the NSC now offers ‘genuine reason’ for hunting in Queensland, Victoria and New South Wales – and we’re working to expand that to other states and disciplines.

Joining is simple and at $85 a year, costs less than other organisations who offer ‘genuine reason’ and none of the legal stuff – simply click here for more information.

Good job.
WAPOL have been ruling the roost for far to long, it’s time that they were reminded that they are there to enforce the law and not make it.

Do you guys have any plans for tackling the other big issues that WA face?

Wonder how sustainable it is. Not that it’s a bad thing, but obviously they just settle for an individual and just repeat the rejection for next person and so on. These wins are not really a strategic win. What’s a long term solution, without understanding how it all works very well, like is there an option for an individual to refuse to settle and force the matter through the courts to set an example? I actually see registries fighting and then dropping cases as a fighting strategy that they view as a loss for LAFOs, because it wastes unproportional amount of resources.

I wonder what a long term strategy could look like?

All the points you raise juststarting are valid questions. Yes the NSC does have a long term strategy and a plan… before you can win a war you must first win the skirmishes and battles.

We know that Shooters in WA have it the worst and we know the issues in WA.

Yes, the NSC has a detailed plan to help WA Shooters and WA is fast becoming our biggest Membership growth State, and we like that!

Do you have any progress that you can report on?